During the past decade, unemployment among youth in the Western Balkans has been a persistent issue. Young people from Albania, Bosnia and Herzegovina, and Kosovo are leaving the Balkans massively in search of better job opportunities and a chance for a higher quality of life.

“Although there is unemployment in Kosovo, I think that doctors, lawyers, architects would not be left without a job. But salaries are very low; most doctors in Kosovo also work privately [on the side] to make a living just above the average, because the salary from the state alone is not enough,” said Genista, a 20 year old woman from Kosovo, who is now studying biochemistry at the University of Tetova, wishing to transfer to medical school at the same university.

Genista lives in a crowded apartment with five other roommates in Tetova, so we waited until she found a quiet room. It is the beginning of the academic year, and she is far from Ferizaj in Kosovo, her hometown. Leaving her family, friends, and hometown to chase her dream wasn’t easy. Just like those who leave the country because of the lack of jobs, she is also leaving her hometown in search of a better education and ultimately, to improve her chances of getting a decent job.

“Honestly, if I didn’t study to become a doctor, I would have gone abroad, somewhere in Europe, to study something else, to work and to have a better life. I wouldn’t stay in Kosovo,” Genista says.

According to KAS, Kosovo Agency of Statistics, in 2013, youth unemployment in Kosovo reached 31.0%. Bosnia and Herzegovina has been facing a lot of political issues for years, and yet another crisis is not helping.

Erol Handžar (25), a young journalist from Sarajevo, claimed that the political situation has been getting worse over the course of years, it didn’t simply happen in one day. According to Handžar, citizens fall prey to the empty promises of politicians, who use words such as, “prosperity and progress only during campaigning; singing us serenades about a better life. In the end, citizens will try to get their plane tickets to some better promised lands because the situation is not going to get better in any way.”

The straw that broke the camel’s back was when the youth of Bosnia and Herzegovina was spoon-fed the narrative of a “possible conflict” that could take place.

Following Valentin Inzko’s decision as the previous High Representative of Bosnia and Herzegovina on imposing a law that prohibits genocide denial, and making it a crime punishable by law. It stirred a lot of tension when Milorad Dodik, Presidency member representing ethnic Serbs in Bosnia and Herzegovina, used this as yet another excuse to block the functionality of the state institutions.

Due to the unstable political situation, the youth generation of Bosnia and Herzegovina will try even harder to leave the country. 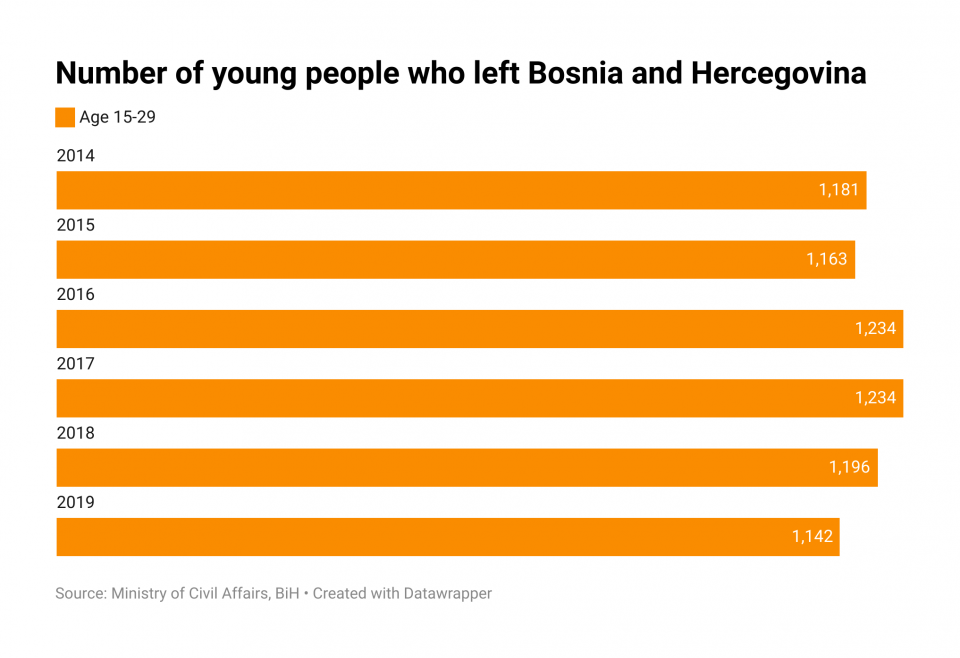 What does the future hold for young professionals?

Youth unemployment rates are causing problems for Western Balkans because their futures are insecure. Jobs are scarce and the general lack of economic standards and financial safety is driving more and more younger persons to leave.

Western Balkans has had an unemployment issue for years now. According to BHAS, the Agency of Statistics of BiH, the percentage of unemployed persons in Bosnia and Herzegovina in 2019 was 15.7%.

In Albania, the highest percentage of youth unemployment was registered during 2010, when 31.5% of  young people were unemployed. Many students blame the education system and the lack of internship culture in Albania for this state of affairs, urging that there needs to be a way to incorporate internships as a thorough part of the curriculum, and not as a mere formality.

“The main reason for youth unemployment is the fact that students rarely get practical experience during their university studies and work practices that take place mainly as part of the curriculum are more of a formality than a good experience to build students professionally. As a result, most students are not ready to enter a job market as most of these places also require experience,” said Gevio Tabaku, representative of the National Student Board [Bordi Kombëtar Studentor]. Djellza Kryeziu, a 27-year-old woman who left for Germany this January, stated that she does not believe that she would stay, “at least not nowadays in Kosovo.”

When she first moved to Germany, she was working as a nanny, but soon after she started an apprenticeship or Ausbildung. It is a unique study program that incorporates learning, working, and earning money, which sadly does not have an equivalent in any of the Western Balkan countries.

“At state institutions, in 99% of cases people are hired by friends and relatives, usurping the place of someone who studied and is better at this job, but who does not know ‘the right people,’” said Kryeziu.

More than 11.5 million Euros have been allocated by the Ministry of Culture, Youth, and Sports of Kosovo in the Youth Strategy 2019-2023, aiming to improve the situation of young people aged 15-24.

Osman Gashi, the head of communications at the Ministry of Culture, Youth, and Sports, stated that the ministry has launched the programme for practical work for students of the University of Prishtina “Hasan Prishtina”.

“During 2021, MCYS has developed several programmes to stimulate youth employment: Entrepreneurship and business skills training programmes; Grants programme to support young entrepreneurs; Internship programme for students of the University of Prishtina “Hasan Prishtina”, and Economic Revival Programme. The financial value is about 1,400,000.00 Euro,” he wrote.

When asked about the results of these programmes, we didn’t receive any response.

At the EU level, there has been ongoing cooperation with the local authorities towards improving the education system in all countries aspiring to join the EU, and the conclusions from Riga aim at improving vocational education and training, a policy that will be executed between 2021-2030.

Also, from mid-September 2020, the European Union funded the project “Education for Employment,” as a part of the Instrument for Pre-Accession Assistance. The general goal of which is the development of human resources in accordance with the needs of the labour market, “increasing the relevance of education for the labour market through career development and quality in higher education, as well as improving the capacity of human resources at all levels of education.”

Besides this, three previous National Strategies for Employment and Skills have been implemented, 2019-2022; 2017-2021; 2014-2018. However, when we asked the Ministry of Education of Albania about the outcome of the previous strategies, we neither received a response about the results achieved, nor about the costs. We only received information about the National Internship Programme that has been hiring freshly graduated students in public administration for a period of 3 months, “and up to 200 of the best are offered a 1-year contract.” This practice has been implemented in 2017-2021.

“Because of unemployment, youth of Western Balkans are left without hope,” said Djellza.

Decades of corruption, nepotism, and bad policies left the Western Balkans job market barren of opportunities for young people. Governments of the Western Balkans countries should start working actively towards improving the situation of the youth generation, otherwise they are at high risk of having constant “brain drain”, while the rest of the working population is aging. Ilda Kurti is a young journalist from Albania. She has a background in humanities and social sciences. She was a participant of BIRN’s Traineeship for Young Journalists in Western Balkans in 2020. Since then, she has continued working as a freelance investigative journalist, reporting on matters of corruption, transitional justice and human rights violations in Western Balkans. Ilda was an ERMA Alumna (2019-2020) and she is currently studying at University of Sorbonne in Paris. 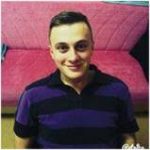 Victims of War are Becoming Invisible in Times of Peace

Human Trafficking in the Balkans

Human trafficking is endemic in the Balkans. The region offers ideal conditions: political instability; social and economic malaise; a prevalence of organized criminal networks; and a culture of corruption.
September 3rd, 2015