To spread awareness and empathy toward children who are struggling with autism, Ivona Grbešić, from Opuzen with a Dubrovnik address, started the blog “No Ordinary Mom.” There, she describes everyday life with her children, of whom two boys are from autism spectrum disorder.

“I believe that every single voice in this world is always welcome to raise awareness about autism and try to accept the differences and individuality of our wonderful children. I know how much psychological support is lacking when we talk about autism, when we need advice, instructions, ideas,” Ivona states on the blog “No ordinary mom.”

No ordinary mom herself, Ivona Grbešić is a single mother of nine-year-old Laura and five-year-old Tin and Toni, twins diagnosed with autism spectrum disorder.

“This diagnosis marked are lives, opening the door to a completely different world,” said Ivona, recalling that her pregnancy with the twins was complicated, but the desire to live, both theirs and hers, was greater than any fear.

Around the time the twins were two or three, she began to notice that they were, in some ways, different. Ivona said there was no choice but to seek all the available professional help.

“Autism was diagnosed in Klaić’s children’s hospital in Zagreb and the treatment process itself lasted a week. Apart from speech therapists and educational rehabilitators, the course of treatment includes other examinations in order to exclude other disorders,” explained Ivona. She added that after that, when they received official confirmation of the diagnosis, her new life has started.

In these difficult moments, although her marriage had ended, Ivona was not left alone because she had the support of her mother. “Without asking anything, she stood by me and my children and decided to walk with us through our lives,” said Ivona. She emphasized that this shows that a mother’s job is for a lifetime.

Ivona is happy today because the twins have made amazing progress. She says she often  looks back just to see how far they have come. “I still can’t believe that we made it through that part of the road, which might be the hardest,” said Ivona. She added that she didn’t understand where all that strength came from, but it occurred to her that special people get special missions in life, and hers is autism.

From her experience, Ivona says that solving every problem requires work, discipline, patience, and sacrifice. “We are taking some small steps forward. They may seem small to others actually, but are enormous for us,” explained Ivona. She mentions that the boys received support from institutions, but she also tries to include them in all life situations because, as a parent who has a child with developmental disabilities, she only wishes for her boys to have an independent life one day.

She adds that the boys have progressed a lot in the last three years. While there were some successes that she thought she would never witness, she just needed to keep believing in them.

“I didn’t think I’d live to hear Tin’s voice. So many times, I dreamed of talking with him, of hearing him. Today, he is no longer considered a nonverbal autistic person. He is aware of the world in which he lives and is present. He is heard. And so, we succeeded in that, but we are still working,” said Ivona, emphasizing that she has learned a lot with her children, but also that it takes considerable time for major steps and progress to be made.

The wind at her back, as she said, was also going to the Belgrade clinic, where the boys received all the necessary treatments. “They both go to kindergarten. Toni goes to kindergarten with an assistant, and Tin attends both a kindergarten for children with special needs and normal one. Since last year, they have been involved in sports activities, and I’m glad to see that more and more places are being opened with such activities for children like them,” said Ivona.

Explaining her relationship with the boys, Ivona said that both of them need their own time with her, sometimes one more than the other.

“Although we do a lot of activities together, I’m aware that each of them needs me on their own. So, I try to combine special outings and activities outside the home. A weekend spent only with my little girl, having time for us, or going for walks with Tin, or doing daily shopping with Toni,” says Ivona who, with intuition and love, manages to attend to the needs of each of her children.

In Bosnia and Herzegovina, there is no complete data on how many children are diagnosed with autism spectrum disorders. According to a UNICEF survey, 6.5 percent of children in BiH between the ages of two and nine have developmental disabilities, and a large proportion of them have autism spectrum disorders. In addition to institutional support, psychological support is also very important, as the “no ordinary mom” points out. 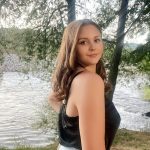 Almedina is a Balkan Diskurs correspondent from Breza. She is a student at the Faculty of Transport and Communications at the University of Sarajevo in the Department of Communication and Information Technology. She is also a volunteer in the Red Cross and is interested in peace and justice.

Punishing Denial: Thoughts on the Amendment to the Bosnian Criminal Code

On July 23rd, 2021, Valentin Inzko, the High Representative for Bosnia and Herzegovina (BiH), introduced a Law on the Amendment to the Criminal Code of Bosnia and Herzegovina punishing the denial of international crimes and glorification of war criminals. Coming shortly before the end of his mandate, this decision, in Inzko’s words, was taken after “all chances offered to the domestic authorities to distance themselves from war criminals were ultimately rejected.”
July 8th, 2022