A simple Google search with the terms ‘looking for a job’ or ‘job opportunities’ in the Bosnian language gives you a good feel of the current situation in the country. What comes up most of the time are tabs for jobs in Germany, opportunities abroad, or statistics on unemployment, especially for youth and women. With this gloomy picture in mind, we will focus on laying out the biggest challenges to reaching full employment in the country and potential ways forward.

There are several factors contributing to rising percentages of unemployment in Bosnia and Herzegovina, the most notable being the lack of practical components in education, the overall disconnect between the educational system and the labor market, levels of corruption and nepotism, and the lack of incentives for certain business fields. World Bank statistics show that the unemployment rate in the country went down from 15.7 % in 2019 to 14.9 % in 2021, while the youth unemployment rate for 2021 was 32.9%, compared to the global average of 19.14%. Additionally, the highest rate of youth unemployment for the last 30 years (1991-2021) in Bosnia and Herzegovina was 63.11%, in 2012. The steady decline in unemployment is not a real sign of progress but mostly the result of outward migration. According to the Union for sustainable return and integrations in BiH, 170 thousand left the country in 2021, and some statistics show a whopping number of close to half a million people who have left the country since 2013.

Although the national economy has been steadily expanding since the 1990s, according to the International Labor Organization (ILO), Bosnia and Herzegovina still has one of the ‘most challenging labor markets in the region.’ Any progress within Bosnia’s labor market is aggravated by the trends of outward migration, fragmented governmental structures, and complicated bureaucratic public administration which makes any development toward long-term reforms and socio-economic responses almost impossible. ILO also notes that the country’s economy was relatively able to recover from the impacts of the COVID-19 crisis, but that this recovery did not improve the labor market, as in 2020 alone, the country saw a 7.4% decline in working hours, which is equivalent to 85,000 full-time jobs.

Since the war and genocide of the 1990s, Bosnia’s education system has been undergoing a transition aimed at modernizing first the infrastructure destroyed in the war and then its outdated curriculums. However, this transition has been heavily stalled by the lack of a state-level Ministry for Education, as all reforms and governance of the education system are highly concentrated at the entity, cantonal, and local levels, and the level of Brčko District. In such an environment, the 2018 Programme for International Student Assessment (PISA) underscored serious concerns about the quality of education in general, as well over half of 15-year-olds were low achievers in reading, writing, and mathematics, compared to a fifth of their counterparts in the European Union. Interestingly enough, the same assessment found that the index of students’ cognitive adaptability in Bosnia and Herzegovina was one of the highest among participating countries and economies. While most schools where the assessments were done said that they lack the capacity to properly teach students, the European Commission report noted also that there is a constant mismatch of education curricula with labor market needs (European Commission, 2020).

In terms of capacities and funding, some 4.6% of the total Bosnia and Herzegovina budget goes to education. About 91% of these funds are consumed by teaching and administrative costs, leaving very little room for investment in infrastructure, quality improvements, or innovation. The training of teachers is also a challenge, as most rely on training provided by civil society or other institutions outside of their schools (European Training Foundation, 2020). With all this in mind, it comes as no surprise that young people in Bosnia and Herzegovinian leave the classroom unprepared for the difficult labor market and competition for stable employment which awaits them. In most cases, employers seek only experienced workers, excluding young people without previous work experience, which in turn makes it impossible for young people to obtain even entry-level positions. This phenomenon creates the so-called ‘experience trap,’ as young graduates do not have the opportunity to utilize their skills and knowledge after years of education as they are neither in the educational system nor employed or in training.

Overall, there are some differences when it comes to getting employed in the private versus public sector. Generally, the private sector seems to be the country’s ‘bright spot’, especially in fields concerning new technologies and IT, with more entry-level jobs and investment in workforce development. However, both the private and public sectors are plagued by the country’s longest companion, worst enemy, and biggest obstacle: systemic corruption and nepotism. The business sector tends to be the most vulnerable to corruption, as the stalled and complex registration process and lengthy administration provide fertile ground for bribes, in order to gain access to services or simply speed up the processes (CMI, 2018). The public sector, on the other hand, suffers from such high levels of corruption and political favoritism that the biggest ‘public secret’ in the country is that without money and/or political party membership, even an entry-level internship position within the public sector is a pipedream. In a survey conducted by the UNODC in 2011, 70% of people who applied for a job in the public sector admitted to paying money, giving a gift, or doing a favor in order to be hired.

Statistical data confirms that there are numerous obstacles to employment in Bosnia and Herzegovina. Nevertheless, organizations and individuals in both the private and public sectors are undertaking a range of projects and initiatives which aim to overcome the challenges posed by the country’s political and social environment in order to create employment and development opportunities for themselves and others. From young entrepreneurs to student associations and civil society actors, Bosnia and Herzegovina still has plenty of individuals and groups who are ready to take on the flawed and corrupt system.

This article is part of a series of texts within the #EmployMe project of the Post-Conflict Research Center and Balkan Diskurs. The series aims to raise awareness about the problems that young people face in the field of education and employment in BiH and highlight some good practices in battling these obstacles. This series is part of the “Youth Retention Program in BiH – Opšta Mobilizacija,” implemented by the Nešto Više Association and PRONI Center for Youth Development, with support from the Delegation of the European Union to BiH. 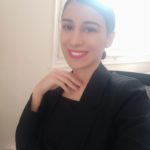 Eleni Karvountzi graduated from Thessaloniki Greece, University of North Macedonia in Balkan, Slavic and Oriental Studies. She's currently pursuing a master's degree in European Policies on Youth, Entrepreneurship, Education and Culture at the same University. She is most interested in youth policies and the position of young people.

The work of peace building organisations varies widely throughout BiH. Omladinska Organizacija Svitac provides an example of the power of nontraditional peace building efforts; successfully bringing youth of all ethnicities together through the arts.
July 26th, 2017

The platform “Youth for Reconciliation” was recently formed with the goal to overcome prejudices and create a space for young people to express their opinions and contribute to the development of community while simultaneously gaining respect and appreciation.
July 27th, 2015