In the context of the wars that occurred in the former Yugoslavia, it would seem logical to approach the arms trade in South East Europe (SEE) with a sense of apprehension. The question is: does the trade make the region less stable and secure?

Many countries are increasing weapons production, but, contrary to what one may think, the main motivation is not necessarily driven by a need to increase the capabilities of their armies. The ever-expanding export of arms is, in many ways, contributing to the economy and employing people in this tough economic climate, thereby increasing the security and stability of the region.

The former Yugoslavia had a relatively sophisticated arms manufacturing programme, with exports sometimes amounting to as much as US$500 million annually, or a total of 7% of annual exports. Its primary markets were North Africa, the Middle East and fellow members of the Non-Alignment Movement. The manufacturing of different parts took place in the different republics. For example, key components of the M-84 tank — the pride of the Yugoslav armed forces — were made in Bosnia-Herzegovina, Serbia and Montenegro, which were then assembled in Croatia.

After the violent wars of the 1990s, the capacity of the arms industry in each new state had to be developed due to the fragmented nature of the manufacturing process, arms embargoes, and, in the case of Serbia, the destruction of munitions factories by NATO bombardment. This industry was unable to contribute to the economy in the ways it previously had in Yugoslavia, as each state developed autonomous economic spheres.

Governments in the region have sought to address the lack of economic stimulus by increasing the manufacture of arms in order to benefit their economies. The results are clear from the statistics: Bosnia has increased its arms manufacturing five-fold in the past three years to €100 million. From 2012 to 2013, Montenegro’s arms exports increased 30% to a value of €6.5 million. In Serbia, exports in 2013 amounted to €250 million, and defence accounts now constitute 4% of Serbian exports. In the case of Croatia, in 2013 it exported €143 million, with significant yearly increases.

A beneficial factor of the arms trade is that the production of munitions is a relatively stable economic sector, given the products are always in demand by states, no matter the economic climate, despite the controversial nature of the demand. States in SEE have recently signed a number of long-term supply contracts with NATO and the USA, providing a strong and stable source of income.

There is, however, a darker side to the legal arms trade. For example, there is mounting evidence that over the past 2 years Croatia has been illegally exporting arms to Syrian rebels via Jordan worth approximately €27 million. The circumstances around this are murky. The Croatian government has denied all knowledge of or responsibility for such activity, stating that it is occurring through illicit channels. There are further accusations that this is a CIA-facilitated pipeline set up to arm the rebels. A Montenegrin arms company has also been accused by local watchdogs of flouting international arms embargoes by exporting weapons to Libya and Syria, although the state has strongly denied these claims. Through this lens, while the legal arms trade may be increasing stability for the states in the region, it is increasing instability elsewhere.

When discussing the impact of the wars in SEE and the arms trade, it is important to consider not only the state level, but also the individual level. While individuals could benefit from the increased economic output of the arms industry, what will be the result of a proliferation of legal and illegal arms? Is the arms trade really making citizens in SEE more secure?

The largest source of instability resulting from the arms trade at the individual level is illegal arms. In the aftermath of war many firearms were left in circulation. While many programmes have attempted to collect and decommission weapons in civilian possession, these had limited success. Reasons people cited for failing to relinquish control of their weapons included the fear of a subsequent war, fear of prosecution and the ability to sell weapons on the black market for a substantial price.

A combination of factors makes SEE the European hotspot for an illegal arms trade. These include the aforementioned surplus of weapons following war in the region, as well as the lack of financial incentive to hand in these weapons to external entities in the midst of a bad economic climate. Furthermore, during the war, a large number of illegal munitions factories were set up to produce weapons without serial numbers and other identifying features, making their difficulty to trace attractive to criminals. The region also features relatively open borders.

The issue of unregistered arms is a destabilising factor and compromises citizens’ security. In Bosnia, deaths caused by illegal arms are the second most common accidental cause of death after car accidents. The sixth annual Regional Approach to Stockpile Reduction conference stated that surplus munitions in SEE continue to threaten the safety and stability of the region. This is reinforced by the discovery of weapons stockpiles during the recent floods that devastated Bosnia.

When considering the possible destabilising effects on society arising from the weapons trade, the product in question is not the only issue. Criminal organisations involved in the illegal arms trade are often involved in other illegal activities. Investigations have shown that gangs in Western Europe often trade drugs for arms originating from SEE.

The legal arms trade also contributes to the problem. Firstly, the region has comparatively permissive weapons laws, making it more difficult to distinguish between legal and illegal weapons. There are an estimated 3 million legal weapons in the region, with Serbia possessing the highest number of arms per person (15.1 per 100 people), followed by Montenegro (14.4), Croatia (8.4), Bosnia (8.0) and Macedonia (7.6). While many consider the sheer number of weapons in a state adversely affects a sense of security, a survey conducted in 2011 by the Belgrade Centre for Security Studies showed that citizens had a high sense of security. Their sense of security was evaluated to be their own, or their neighbourhood’s strength of security and not that of the state.

The legal arms trade also has the potential to affect stability in the region as criminal organisations have been known to raid army barracks and legal arms factories in order to fuel their trade on the black market.

Countries in the former Yugoslavia are taking steps to decrease the number of illegal weapons in circulation. In addition to collection drives that achieve a moderate level of success, there are information campaigns to educate the public on the dangers of keeping illegal weapons, especially older ones that were produced in illegal factories throughout the war.

The European Union plays a significant role in supporting the management and collection of these weapons due to the indivisibility of the security situation in the Greater Balkans. Not only do the arms often end up in the possession of criminal organisations in territories under EU regulation, but also all countries in the Greater Balkan are either members or prospective members. Joint police efforts in cooperating countries have had some success. For example, in January 2014, six people in Bosnia and seven people in Sweden were arrested for weapons smuggling.

The state of the arms trade in SEE is a political paradox. On one hand, the production of arms increases these countries’ economic stability by stimulating the labour market and increasing the economic output. These countries stand to profit from the magnitude of arms exports. A sense of personal security is also improved by privately owning a weapon. On the other hand, it can be argued that the arms trade directly contributes to instability in the region due to the large numbers of legal and illegal weapons in circulation. The proliferation of illegal weapons is most concerning, especially when considering the other crimes that the illegal arms trade inspires. The international black market also prospers from a lack of registration and management of weapons in the Greater Balkans. If arms continue to be traded in the international black market, these countries will become vulnerable to further illegal activity. 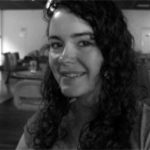 Jemma Hoare is a former intern of the Post-Conflict Research Center. She holds an International Masters in Economics, State and Society.

American photographer, Ron Haviv, spent 10 years documenting the Balkan wars. His work was used as evidence for prosecuting war criminals. An exhibition of his work Blood and Honey: a Balkan War Journal is being held in the Srebrenica Gallery in Sarajevo until April 2016.
March 21st, 2016

Degradation and Violence Against Women Stem from Patriarchal Values

Patriarchy is often cited as one of the main causes of the degradation of women in society, and of gender-based violence. Tradition and custom in a patriarchal system prevent women from saying "No!" to such a system of false values. However, today we have newer generations of girls and women who are increasingly improving the status of women in BiH. society.
February 15th, 2022