Why do young people in Prijedor drink? Erna Duratović explores.

When young people encounter difficulty they often lack the support to address it and do not know where to turn for help. They end up turning to vices, the most common of which is alcohol. They try it for the first time around 15 or 16, and sometimes even earlier. They continue to consume it when they go out and it becomes a way of relaxing. Some of them continue to drink heavily without thinking about possible addiction.

Stefan (19) tried alcohol for the first time four years ago at a friend’s birthday party. Today, he drinks two or three times a week when he goes out with his friends.

“I feel better when I drink, I am in a better mood and am more relaxed. The single most common reason is to amplify the party, but I think it is a serious problem as more and more youth are trying alcohol at a very young age,” said Stefan.

Milica tried alcohol out of boredom when she was around 13 or 14 years old. Today she is 19 and says she drinks every time she goes out at night. Sometimes she even drinks at home.

“When I drink I feel good, less anxious and burdened. The most common reasons why I consume alcohol are boredom, anxiety and dissatisfaction with some things in my life and with life in general,” said Milica, emphasizing that alcoholism is widespread, but that bigger problems exist in Bosnia-Herzegovina.

Dajana (23) drinks with her friends in the park because it is cheaper. She drinks because she likes it and alcohol relaxes her.

Milica (23) consumes wine and beer four to five times a month. Her reason is just to party with friends. “I drink moderately, not to get drunk,” adds Milica.

Almost all interviewees felt that modern forms of communication made them feel alienated and alone, and considered this to be part of the reason contributing to why they drink. The expectations that they have of themselves, but also of others, have changed in relation to past generations, because life moves at a faster pace and everything is available to the youth. One example is that underage youth can buy alcoholic drinks, often without an ID, though that is not in accordance with the law.

Marko started drinking when he was 13. He liked it so much that at 26 he is drinking in larger quantities every day.

“As I grew up I became increasingly attracted to it. I would wake up with the desire to drink alcohol. As time went on, I realized there were fewer and fewer people around me, some even warned me I had a problem with alcohol, but I didn’t listen,” said Marko, adding that he eventually sought professional help.

After prolonged therapy he managed to control his need for alcohol. According to him, if it were not for his friends, alcoholism would lead to his death.

In conclusion, poverty, the poor condition of the country, violence and family problems are just some of the issues driving young people to drink. Each and every person has their own story about why they started consuming alcohol, but the consequence for those who become addicted is the same: they are shunned by society. 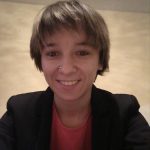 We Reduced International Women’s Day to a Carnation

If women and men were equal in Bosnia-Herzegovina you would not be reading this interview
March 20th, 2015

Telling Their Story: Reflections on War

In an era of fleeting public attention, where audiences are increasingly impervious to the images of human suffering that permeate their television screens, Rémy doesn’t report with the goal of shaping policy or generating a particular response from Western governments. Rather, he sees himself as a messenger for those people who are living through war.
May 12th, 2015