In the early ‘90s, no one believed that war would hit Sarajevo or that the Yugoslav National Army could turn into an enemy of the city’s people. For centuries, Sarajevo had been a multicultural city with its mosques, synagogues, and Catholic and Orthodox churches.

In the early ‘90s, no one believed that war would hit Sarajevo or that the Yugoslav National Army could turn into an enemy of the city’s people. For centuries, Sarajevo had been a multicultural city with its mosques, synagogues, and Catholic and Orthodox churches. Consequently, no one had imagined that someone could have the power to turn the Sarajevans, who had lived peacefully side-by-side, into each other’s enemies.

However, on 2 May 1992 when the Bosnian Serb forces established a total blockade of the city, it became clear that the ongoing war in Croatia had spread to Sarajevo. Access to the major roads was blocked, supplies of food and medicine were cut off, as were the city’s utilities, with water, electricity, and heating under the control of the Serb forces. Under the orders of Ratko Mladić, the wartime commander of the Bosnian Serbs, neighborhoods with the largest Muslim populations were strategically targeted in an attempt “to drive them crazy.”

The Siege of Sarajevo lasted from April 1992 to March 1996 – the longest siege of a capital city in modern history. Following the Slovenian and Croatian secessions from the Socialist Federative Republic of Yugoslavia in 1991, Bosnia and Herzegovina and Macedonia followed suit and declared independence in 1992, while Serbia and Montenegro remained federal. The declarations of independence of the republics led to a series of wars in the Former Yugoslavia between 1991 and 2001, which, to a great extent, was characterized by ethnic conflicts.[1]

In Bosnia, the war broke out in connection with the recognition of Bosnia and Herzegovina as an independent state by the European Economic Community on 6 April 1992, less than a month after the country declared independence. With the active assistance of the Yugoslav National Army and paramilitary groups from Serbia, the Army of Republika Srpska its campaign of ethnic cleansing in an attempt to expel all non-Serbian inhabitants from many parts of Bosnia.[2] The war in Bosnia resulted in the displacement of over half of Bosnia’s population of 4.4 million – 1.3 million internally displaced, 1.2 million refugees, 30,000 ‘missing persons’ and 100,000 dead.[3]

The Siege by Rémy Ourdan gives us a glimpse into the everyday survival of the people living in a besieged city, and how mental resistance and creativity became central in their efforts to continue on despite the daily shelling and sniper fire. During the long siege, the entire city became a frontline. Sarajevo was an easy target from the hills and, surrounded on all sides, people soon realized that there was no other solution than to fight the force that set out to destroy the belief that Croats, Serbs, and Bosniaks could live together peacefully.

People formed fighting units, which then appeared in various districts across Sarajevo. Croats and Serbs stayed in the city and fought together with the Bosniaks despite their different backgrounds. Very few of them were soldiers or skillful fighters and most were ordinary people – some were doctors or engineers, others were students. Even children participated. What brought them all together was their will to defend their city. Before the onset of the conflict, Sarajevo was a tolerant, multicultural city. Despite holding different religious views, people respected and celebrated each other’s traditions and holidays together.

Gradually, as war became everyday life, a parallel world appeared. People went back to work, as they could not hide at home all the time, musicals and film screenings were organized in basements, and, according to the statements of the survivors, theater soon became as important as food and water. The creative resistance helped people stay sane—it offered a safe space, a kind of utopia, which was necessary during the war. Carrying on as normal, despite the circumstances, was also a powerful way of showing the world that there was much more to Sarajevo than death and destruction. Sarajevans stood up against the war, life went on, and people tried to live it by showing strength of a spirit. Moreover, Sarajevans drew the attention of the international community with a beauty pageant in 1993 when Inela Nogic, Miss Besieged Sarajevo, unfolded a banner that read, “Don’t let them kill us.”

During the four-year siege, Sarajevo became akin to a concentration camp. Leaving was impossible, food, water and electricity were in short supply, and surviving was pure luck. However, the city also became a close-knit community thanks to the solidarity and helpfulness of its inhabitants. People shared their food and utilities, if they had any, and helped each other regardless of their different backgrounds. The siege brought out the best in people and a spirit distinctive to Sarajevo appeared.

Eventually, the siege was lifted after the signing of the Dayton Agreement on 14 December 1995. The city survived, yet over 11,500 people, including some 1,600 children were killed, and many others had become disabled as a result of their injuries. During the film, one survivor states, “Had there not been a creative resistance, maybe there wouldn’t have been anything left worth defending.” This powerful statement shows that, even after two decades since siege has ended, people still remember the importance of art, music, and beauty to the resistance.

The Siege was directed by Rémy Ourdan, a French war correspondent, journalist, and filmmaker.

[1] Sabrina P. Ramet, Thinking About Yugoslavia: Scholarly Debates about the Yugoslav Breakup and the Wars in Bosnia and Kosovo, New York 2005, p. 55. 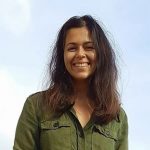 Gül Üret graduated with a Master’s degree in International and Global History at Aarhus University. She completed her bachelor’s degree in History with a focus on the history of the Balkans, the United Nations and the European Union.

The problems of stray dogs in Bosnia and Herzegovina (BiH) should be resolved systematically and humanely following the Law on Animal Protection and Welfare. For that to happen, more resources are necessary because the funds available to address this problem are insufficient. A lack of resources continues to be a problem even though the situation has improved somewhat in recent times.
January 31st, 2022