On 29 June, the second day of the 2015 WARM Festival, WARM Foundation hosted a program entitled “Fact Checking Challenges,” which featured an array of speakers from around the world discussing both the role of fact checking in conflict reporting and the technical challenges of fact checking photos and videos. Separated into two discussions, experts noted the importance of not only getting the facts correct, but, on a deeper level, verifying images and claims made by interviewees.

After a brief introduction by Robert Holloway from the AFP Foundation, Louis Jacobson talked about the origins of his organization, PolitiFact. Dedicated to fact checking the statements of politicians, the US-based organization emerged both in response to the large number of unsubstantiated claims and charges raised during election campaigns and the pleas of voters for a referee-type body to verify claims in the political arena. Owned by The Tampa Bay Times, PolitiFact conducts an average of 5-6 fact checks a week. Every aspect of a statement is checked, with a three-editor panel rating the statement anywhere from “True” to “Pants on Fire,” which is reserved only for the most incendiary remarks.

Following Jacobson, Peter Cunliffe-Jones of Africa Check discussed the origins of his organization, which, he notes, was borne largely from an almost “universal demand from people in all different contexts for the truth.” Africa Check, currently in its third year of operation with offices in South Africa and Nigeria, covers claims made in public debates. Cunliffe-Jones noted that any claim made in the public arena, but especially those unsubstantiated by fact or verification, can have deadly consequences. Africa Check seeks to promote a culture of accuracy in public spheres by calling out journalists and news sources for manipulating facts or misrepresenting information.

To provide a Bosnian perspective on fact checking in the media, Darko Brkan discussed the role that his organization, Zasto Ne, plays in holding politicians accountable to their constituents and election promises. Started in 2010, and borne from a desire to positively influence the election that year, Zasto Ne both conducts fact checks and tracks the election promises of public officials to see how much of their initial platforms were implemented. The organization has sought to engage the cooperation of different news outlets, while also publishing a bi-monthly newsletter on its findings. Its popularity has been newly bolstered, too, through a section on its website, “Unbelievable,” which highlights over-the-top claims made in the public arena.

Rounding out the first half of the seminar was Amr Sobhy of Egypt, the co-founder of MorsiMeter, an online platform created immediately after Mohamed Morsi’s victory in the 2012 Egyptian elections. Designed to track the progress of Morsi’s campaign promises, the site quickly went viral due to Egypt’s political polarization and the newfound ability of citizens to participate in the democratic process. The website is no longer monitoring Egypt’s political scene – it was only ever designed to monitor Morsi’s first 100 days in office – but its influence is still widely felt. Sobhy noted that, by seeking to hold Morsi accountable through promise tracking, MorsiMeter transformed the mentality of the average voter from merely feeling satisfied for participating in the electoral system to more readily engaging with the facts when making decisions.

Following a short break, the second half of the seminar began, with a focus on the technical challenges behind fact checking photos and videos. First to offer his input was Eric Baradat of AFP Photo, who discussed how photographs are easily subject to distortion and manipulation. He stressed the importance of paying attention to the picture’s caption, as mislabeled captions are one of the most common means to fake an image. Providing a different perspective on the fact checking of photographs was Roger Cozien of eXo maKina, a forensics expert with the Appellate Court of Paris who analyzes the forensics of photographs to detect the presence of fakes. He designs, produces and sells scientific software that exposes digitally altered pictures.

Slightly removed from photo forensics was Rasa Nedeljkov from the Center for Research, Transparency and Accountability in Serbia. Rasa spoke of the truth-o-meter his organization has started, inspired by PolitiFact, to promote political accountability in the Balkan country. Nedeljkov noted that the Center’s goal is three-fold. It seeks to: 1) Hold politicians accountable as individuals, accomplished though the truth-o-meter; 2) Fact check the statements of politicians in parliament; and 3) To analyze and subsequently publish findings on how politicians are spending tax money. To end his talk, Nedeljkov noted the importance of persistence and the need to constantly follow stories.

Ending this symposium was Margo Gontar of StopFake, who talked about her organization’s struggle to identify and stop the spread of fake information in Ukraine. This issue of fake information is compounded with the increasing popularity of social media and various networking sites, as people often “like” or “share” pictures without verifying their accuracy. Overall, the symposium on fact checking was engaging, interesting and important, especially for aspiring journalists and those who seek to dedicate their time and energy to conflict work and aid. 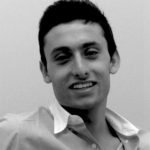 “Only the details differentiate the narratives of WWI from those of the 90s Balkans wars. The latter speaks of Greater Serbian nationalism and the endangerment of other peoples, as well as some concept of Yugoslavia only mildly related to Yugoslavia itself, whereas the former is but another excuse to repeat the same arguments.”
September 11th, 2014