Several leading experts and activists came together to review the current state of Roma human rights. Over the course of three panels, the conference featured educational presentations, inspirational speeches, and a short documentary about the everyday challenges Roma endure.

The Harriman Institute at Columbia University and the Kupferberg Holocaust Center at CUNY joined forces to celebrate International Roma Day on the 8th of April by holding a conference on the state of Roma human rights in Europe and the Balkans.

The conference featured a distinguished panel of guests who are working to advance the human rights and dignity of Roma people.

International Roma Day was officially declared in Poland in 1990, during the fourth World Romani Congress. The day was chosen in honor of the first major international meeting of Roma representatives, which occurred from the 7-12th of April in London in 1971. This year, The Roma celebrated 50 years since the first World Romani Congress in 1971. The Council of Europe Commissioner for Human Rights, Dunja Mijatović, issued the following statement to mark International Roma Day:

“Violations of the human rights of Roma and Travelers continue. Not enough has been done to combat deeply-entrenched discrimination against Roma in all areas of life and to tackle anti-gypsyism, including century-old stereotypes and racist biases which have translated into institutional racism. This holds true for countries of the European Union, as for the other Council of Europe member states, including countries of the Western Balkans.”

In agreement, the European Director of the Civil Rights Defenders, Goran Miletić, claimed that “there is less interest in Europe, not only in the Balkans but the entire Europe, to work on improvement of human rights.”

There is indeed a shameful lack of implementation of the human rights of Roma, the largest minority in Europe. Roma continue to experience pervasive discrimination in all fields of life, fed by rampant anti-gypsyism.

The Post-Conflict Research Center’s President, Velma Šarić, participated as a panelist on the second panel, “A Roma Educational Project In Bosnia And Herzegovina,” by presenting the project “On the margins.”

“The project is supposed to provide Roma with a place on which they could share their difficult life stories and everyday challenges they face in our society. The project is unique because it was created to challenge the negative perceptions and stereotypes that exist. Views and personal testimonies presented in the project are rough contradictions to widespread stereotypes and misperceptions about Roma, and it encourages the audience to reconsider their attitudes and prejudices about this unique and diverse community,” Velma said.

“On the margins” consists of four components: a photo project, a travelling exhibition, a photobook, and a documentary.

Following Mirko Pincelli‘s statement that “those communities hold much more positive impact on our own independent communities than what we think,” the audience had an opportunity to watch a teaser of the documentary, A Magic Village, which portrays the issues Roma face from birth to adulthood, which include sex slavery, poor living conditions, exclusion from education, and many others. The documentary shows the other side of the coin – a marginalized Roma family struggling to survive in a world that is diminishing and dehumanizing them.

As much as the path Roma have treaded has been marked by injustice, stereotypes, discrimination and exclusion, it has also been filled with happiness, pride and laughter. Deniz Selmani, Co-Founder and Program Director of Romalitico Skopje, said that “despite all the items of persecution, expulsion and exclamation, we as Roma have successfully preserved our language, culture and tradition.” And, undoubtedly, their identity makes the European melting pot richer and more exciting.

Dalibor Tanić, Roma activist and Editor-in-Chief of UDAR, a regional Roma multimedia portal, spoke about the importance of highlighting the success stories of Roma people.

The 8th of April is a day to celebrate Roma culture and raise awareness for the issues that Roma people face. Ultimately, this helps to combat these issues. The entire world needs to utilize this day and remember its obligations to provide legal, social, and political tools to enable Roma to free themselves from long-established injustices. 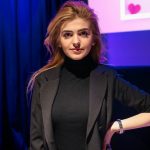 Peace Outside, War Inside

Trauma is not restricted to or suffered by only the generation which experienced the war first-hand. Rather, when not treated appropriately, trauma is often transferred within families from one generation to the next.
May 12th, 2017