On Thursday 2 July, the exhibition ‘Terror in the Central African Republic’ opened at Java Gallery in Sarajevo. Part of the 2015 WARM Festival, the photographs by Marcus Bleasdale depict life in the Central African Republic during the 2012-2014 conflict. Bleasdale and Peter Bouckaert, the Emergencies Director at Human Rights Watch, covered the conflict through a fact-finding mission to determine whether or not human rights abuses were being committed.

The conflict in the Central African Republic began in 2013 when Seleka rebel forces (predominantly Muslim) seized Bangui, the capital. Even after former president, Bozize, fled and Seleka leader, Michel Djotodia, took power, his forces continued committing abuses against civilians. In revenge, the Christian Anti-Balaka rebel group initiated attacks against Muslim civilians. This cycle of violence continued until recently when a peace accord was signed by several rebel groups and the Central African Republic Defense Ministry (of the Catherine Samba-Panza transitional government) on 10 May 2015.

The work done by Bleasdale and Bouckaert was not simply an effort to document the conflict, but to bring the issue to the attention of the international community. During the opening of the exhibition, Bouckaert stated that they “didn’t want the international community to be able to say once again that “we didn’t know what was happening.” Though many doubted that their mission would amount to any action, Bouckaert credits the presence of over 10,000 peacekeepers in the Central African Republic and the opening of an International Criminal Court investigation on the crimes committed during the conflict in part to the photographs and videos taken by Bleasdale and others during the conflict.

This article was published in collaboration with Warscapes. The 2015 WARM Festival took place in Sarajevo from Sunday June 28th to Saturday July 4th, 2015. Run in collaboration with the Post-Conflict Research Center, the WARM Festival in Sarajevo brings together artists, reporters, academics and activists around the topic of contemporary conflict. 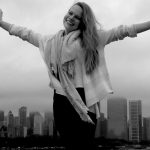 Akvile Zakarauskaite is a former intern of the Post-Conflict Research Center in Sarajevo. She is currently completing her BA in International Studies and Political Science at Rhodes College in Memphis, Tennessee.

ADOPT Srebrenica: The Future Rests on the Foundations of the Past

First as an informal group of citizens and later as an association, members of ADOPT Srebrenica created a neutral space where they can freely talk about the past, the events of the war, its consequences, and current affairs. Their aim is to foster sustainable coexistence, a more promising future, and mutual reconciliation.
October 24th, 2022

A Second Chance for Mostar?

Mostar is famous for its Old Bridge, but also, sadly, for ethnic divisions and a dysfunctional government that hasn’t held elections for 12 years. Now is the time for Mostar to stand up and show that something can be changed. With local elections scheduled for 20 December 2020, one of the 14 priorities for the country’s application for European Union (EU) membership has finally been satisfied.
December 14th, 2020