Solving the air pollution problem in Zenica requires investments, both for industrial plants and home heating systems that use coal.

Solving the air pollution problem in Zenica requires investments, both for industrial plants and home heating systems that use coal.

Harun Halilović, the expert associate for environmental protection at the Department for Ecology and Communal Works in Zenica, points out that air pollution in Zenica is primarily caused by two pollutants – dust and sulfur dioxide.

“These are the two pollutants that constantly exceed the allowed numbers. Dust is generated by the industrial facilities and is prevalent around ArcelorMittal, while sulfur dioxide is produced by home heating systems and all coal-fueled furnaces,” says Halilović.

He also states that the biggest problem is the lack of funds for project development and the creation of new strategies to solve the pollution problem. He explains that if Mittal solved its ecological issues and installed treatment plants, the dust problem would be solved.

As for the sulfur dioxide, Halilović explained that, one solution is to find new sources of heating. One possibility would be to connect to the heating network of the Kakanj Thermal Power Plant, which “requires huge investments”.

When it comes to citizen’s associations that fight for clean air and the environment, Eko Forum from Zenica stands out as it actively puts pressure on the relevant authorities and ArcelorMittal to place filters in their flue-gas stacks.

“Currently, we are fighting by way of the law. We’ve sent letters, released information to the public, taken people to the streets, and organized protests and meetings, but none of this has given us any results. In the end, we turned to the law, filing criminal charges and initiating lawsuits, and now we will see whether this will yield any results,” said Samir Lemes, President of Eko Forum Zenica.

Lemes emphasized that Eko Forum receives only partial citizen support. This is due to the misunderstanding that the organization wants to close the plant, which will result in a loss of jobs.

“These types of steel plants operate quite differently in Germany, Belgium, Poland, and Romania as a result of larger investments. These countries built in filters, and the plants function normally. That is all we ask for. We don’t want the steel plant to close,” said Lemes.

“As for the home heating systems, the central heating network needs to be expanded, but the current problem is the price over which Mittal has the monopoly. Reforestation is another issue we need to work on. We need to increase the number of trees in the city… There are hundreds of solutions, we just need to look around and learn how others are doing it,” concluded Lemes.

According to ArcelorMitttal, Zenica is situated in a valley with weak airflow, and air-pollution is present in other Bosnian cities, such as Tuzla and Sarajevo, which don’t have steel plants.

“Steel production has existed in this city for more than 120 years, whereas ArcelorMittal has only been present for the last 11. Before this company came to Zenica, little to nothing was being invested towards environmental protection. Now the company is trying to solve problems that have been neglected for 110 years,” said Azra Sivro, the environmental protection manager for ArcelorMittal Zenica.

“The company’s goal is to reduce the emissions to the lowest possible levels so that the values are in accordance with the laws of BiH. From 2005 to 2015, we’ve invested around 95 million BAM into various projects that have directly or indirectly contributed to reducing emissions from our plant,” Sivro emphasized.

ArcelorMittal believes that they are not the sole factor responsible for air-pollution in Zenica.

“The emissions from our facilities make up only 20% of the total SO2 emissions in the Zenica valley. The company is continuously working on reducing its emissions and will continue to do so, but we must all be aware that the dynamics of investing in environmental protection programs depend on the sustainability of the company as well as the European steel market during tough times,” explained Sivro.

During its research into this topic, Balkan Diskurs created a mini survey, in cooperation with the “Be Green” project from Zenica, to analyze citizens’ ecological awareness. The survey was administered via several online portals. 76 people completed the survey (38 men and 38 women).

The following charts indicate some of the results of the survey: 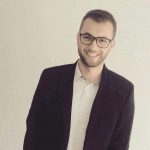 Journalists are Partly to Blame for Hate Speech

Incitement, slander and other forms of hate speech are present in the media, but mainly as the weapon of political powers. Opinions are divided on whether or not journalists are to blame for this situation.
February 8th, 2016