Women who chose to wear a hijab – the headscarf worn by Muslim women as a religious custom – are sometimes subjected to jokes, negative comments, prejudice, and stereotypes. Usually, they simply ignore this. Instead, they focus on professional and social development, proving that women, covered or uncovered, are not just meant to stay at home.

Hafez Adisa Aganhodžić is a professor at the Osman ef. Redžović Madrasa in Visoko. She has been wearing a hijab for more than two decades and says that discrimination is as present as ever for covered women. Nevertheless, she emphasizes that covered women have never had more opportunities than they do in the present. This is because of the greater engagement among covered women in society, including in education, the workforce, and social life. She adds that this is exactly what Islam itself teaches and encourages.

Aganhodžić attributes discrimination to the fact that people are afraid of what they do not know, and there is still widespread ignorance about the religion of Islam. This includes stereotypes which portray Muslim women as backward primitive, and ‘meant to stay at home.’ These stereotypes reflect a serious misunderstanding of Islam’s attitude towards women.

“We are a society that reads little. For some reason, we are satisfied with our ‘intelligence’ in various fields. On current issues, we have our own views. We present them, and in this way, we create prejudices towards a certain topic. But the more you read, the wider your perspective is. Until we achieve progress in that field, until people realize that a covered woman is a normal person like anyone else, with virtues and flaws, ready to contribute to make society better, there will be prejudice and discrimination,” said Aganhodžić.

Dženana Bajraktarević, a professor of the Bosnian language at the Elča Ibrahim Pasha Madrasa in Travnik, speaks proudly of wearing her hijab. She also adds that in today’s society, comments about in women with hijabs are commonplace.

“For centuries, Islam has been as interpreted by male Muslims. Women were present, but a small number of them dared to enter the public sphere, because firstly, it wasn’t supported by their fathers, brothers, and husbands, and secondly, it required enormous effort and dedication, because, by default, her role was assumed to be managing the household and raising children,” said Bajraktarević.

“Discrimination exists, but there are also positive occurrences. Not everything is so black or white. There are colors, you just have to look more carefully,” explained Bajraktarević.

Aganhodžić pointed out that she never experienced any inconvenience because of her hijab, neither in her country nor in the Western European countries she has visited. On the contrary, she was treated with respect and even a kind of admiration.

In breaking down stereotypes and prejudices, she believes that covered women have a leading role. “With good qualities and characteristics, women with hijabs strengthen their role,” said Aganhodžić. She emphasized that women should be good role models and should promote the values of reading and studying in their families and communities. Furthermore, it’s their duty to encourage young girls to engage in various social activities including volunteer work and humanitarian projects.

As she explains, this will contribute to greater mutual understanding among those with differing world views, as well as greater respect for oneself and other. All of this creates a more pleasant world for everyone.

“We have to work on ourselves, study, get an education, be the best at what we do. The Prophet said that Allah is pleased if, when a person does something, the person does it in the best way possible,” said Aganhodžić.

Bajraktarević said that she hasn’t encountered any major problems related to wearing the hijab. She sometimes faces jokes and insults, and she has tried responding in different ways. The first – to leave, the second – to keep silent, the third – to endure, the fourth – to speak in a nice way and the fifth – speak your mind. She explains that she has tried everything and now chooses to ignore any provocation.

“You don’t have to wear a hijab to face big challenges like looking for a job in the society we’re in as a woman. Or with domestic violence, which, after the pandemic, was swept under the carpet, because we constantly hid it `between four walls,’” said Bajraktarević.

She explained that as a covered woman, she notices the problem of lack of early education, which manifests itself in the lack of self-confidence.

Bajraktarević explained it was not difficult for her to find a job. She worked on a strawberry plantation, sewed shoes, cleaned, sang, enjoyed herself, and volunteered. Today, she teaches children.

“You see one thing, an honest person (and a woman is also a person) will find a job, do it honorably, and progress. However, our perception of what is for a woman or a man, and what is not, or, on the other hand, what we could do but without any effort, is a completely different matter. For me, it’s normal for a woman to be a taxi driver, an excavator, a car designer… I have no problem with that. Covering for me means a difficult path which is walked only by strong people. After all, your grandma used to wear the hijab many years before you. Look inside yourself and you will see that you have her reflection. She looked after you when you were growing up and knows your dreams. Live them! Now. Because that’s the only thing we can do,” said Bajraktarević. 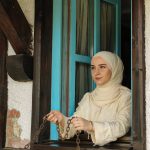 Ilma is a trained Balkan Diskurs correspondent from Kakanj. She is a third-year student of journalism at the Faculty of Political Sciences. She has been writing for the local media Kakanjske novine for three years. She loves activism and contributing to her local community. In her free time she plays chess, and among other things, she is a cantonal chess champion. She shows her creativity by making decorative boxes for her small business.

Imaginary Walls and Holograms of the Past

In the Bosnian media, war seems to have never ended. It simply seems to have continued through other means. Above us looms the hologram of war that prevents our confused minds from making sense of oft repeated and empty phrases.
August 26th, 2015

Banja Luka Speaks Out: Let Us Breathe with Clear Lungs

Tobacco came to Europe in the 16th century. In the beginning, only members of the upper class, predominantly men, had access to it. Nowadays, however, it is available across the globe and is easily accessible to anyone and everyone.
February 1st, 2019