As Europe continues to grapple with growing Islamophobia fueled by a surging refugee crisis and Islamist terrorism, questions are increasingly being raised on whether Islam is compatible with European civilization.

As Europe continues to grapple with growing Islamophobia fueled by a surging refugee crisis and Islamist terrorism, questions are increasingly being raised on whether Islam is compatible with European civilization. In order to address this subject and counter the growing intolerance on the continent, a coalition of NGOs, academics and activists decided to organize a summit in Sarajevo on the topic of Islamophobia.

Despite the city’s relatively low profile on the European radar, many answers to today’s vital questions appear to lie within the tolerant and multicultural city of Sarajevo. Hence, this was the chosen location for the first European Summit on Islamophobia, which took place from 24 – 26 June 2016.

The speakers were well received, despite the healthy dose of skepticism that existed among Summit attendees. Member of the Independent Commission on Freedom of Information and former Leader of the Commons under Prime Minister Tony Blair, Rt Hon Jack Straw was challenged on how the effects of the Iraq War have contributed to instability in the Middle East and its relation to growing Islamophobia. The politicians present faced strong criticism from Al Jazeera English journalist and political commentator, Mehdi Hassan, who claimed that they had allowed Islamophobia to fester within their societies while simultaneously aiding its proliferation via their foreign policy decisions.

The second day of the Summit commenced in Sarajevo’s National Theatre, and, for the next two days, a mix of academics, journalists, historians and activists led in-depth discussions, debates and Q&A sessions exploring the different regions of Europe and their current experiences with Islamophobia.

Of particular interest was the debate on how Islam has reached the forefront of national discussion in countries with relatively large Muslim communities, such as Belgium, as well as in countries like Lithuania who have very few Muslims living within their borders. Attendees heard from speakers such as Joe Mulhall whose research into the al-Muhajiroun Islamic extremist network was unveiled by the organization “HOPE not hate”, which is working hard to challenge growing Islamophobia in the UK in a time of rising tensions, particularly in relation to the UK EU referendum.

The wide variety of Summit attendees allowed for the discussion on Islamophobia to be examined from a number of angles.

Dr. Ivan Kalmar, professor of Anthropology at the University of Toronto, focused his discussion to deliberate Islamophobia from a historical perspective. He highlighted Islamophobia’s shared history with other forms of racism and discrimination in Europe’s past. He contested the claim that ‘Islamophobia is the new Anti-Semitism’, as both have long and shared histories. However, he accepted that the analogy could have a useful role in providing a hard-hitting and powerful warning to European citizens regarding the emergence of such forms of racism and their acceptance into the mainstream media and schools of thought.

Some guests chose to discuss Islamophobia through the lens of political power. Hatem Bazian co-editor and founder of the Islamophobia Studies Journal and a senior lecturer in the Departments of Near Eastern and Ethnic Studies at University of California, Berkeley, spoke of Islamophobia as ‘institutionally constructed’ by an elite few to rationalize global inequality and militarism. He explained that, in order to truly combat Islamophobia, the European society must accept that the establishments in many countries have utilized and weaponized Islamophobia as a political instrument to manipulate their populations and gain greater power.

There were several key themes that emerged throughout the conference. Perhaps the most prominent was the need to counter the promotion and incitement of Islamophobia by major media institutions. Second was the need to build broad coalitions between groups that oppose Islamophobia and groups that promote anti-racism across Europe and world. Finally, it was generally agreed that political elites in major European States must be challenged when attempting to manipulate Islamophobia for their own political aims.

Despite the serious and often-somber tone of the discussions, the overall atmosphere and openness of the participants created a positive environment for learning, networking, and building international relationships. One of the highlights of the Summit was the Saturday night iftar when guests gathered together to dine in the spectacular setting around the Sebilj Fountain in Sarajevo’s Old Town. All participants interviewed were in agreement that the city of Sarajevo was the right choice for such an important and timely discussion. 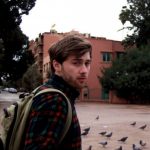 The Right to Choose: Embracing Differences in an Increasingly Intolerant Society

By setting double standards and speaking about quasi-democracy and human rights while rejecting everything that is different, Bosnian society is becoming increasingly intolerant.
June 13th, 2016

Baghdad, Chronicle of an Immured City