For some time now, the public has criticized the ArcelorMittal steel plant in Zenica because of its direct ties to air pollution in this Bosnian-Herzegovinian town. Balkan Diskurs correspondent Adullah Kozlić spoke with ArcelorMittal’s Environmental Protection Manager, Azra Sivro, about potential solutions to this problem, as well as the company’s plans for the future.

“In addition to the fact that the town of Zenica is situated in a valley with poor air flow, the combination of weather, a large number of domestic furnaces and old cars, and other industrial facilities and sources of emission has a significant impact on the town’s air quality. What is apparent from all the data that present air quality measurements, other cities in Bosnia and Herzegovina such as Sarajevo and Tuzla experience a similar situation, especially during the winter months, but these cities don’t have industrial steel plants,” Azra Sivro explains.

According to Sivro, before ArcelorMittal’s arrival to Zenica, investments in environmental protection were almost non-existent. Sivro claims that the company is trying to solve problems that have been neglected for over 100 years.

“It is important to understand that the steelworks industry in Zenica is quite unique in many respects. In fact, most of the plants were out of commission for nearly 17 years until ArcelorMittal arrived in 2004 and replaced the old facilities and infrastructure,” Sivro states.

One of the main problems that is frequently emphasized in association with the ArcelorMittal plant is its lack of filters for waste matter discharge.

Sivro reported that, by the end of 2016, the company was planning the implementation of two projects: the installation of a new pusher car and coke oven battery, which will reduce the emission of flue gas, and the reconstruction of electronic filter number four followed by its attachment to sinter machine number five.

Sivro further explained that the reconstruction consists of the application of hybrid filtration — which means installing an electrostatic precipitator and a fabric filter. She adds that all new filters are in accordance with the laws of the Federation of BiH and the standards of the European Union, and the BAT recommendations (Best Available Techniques).

The media have portrayed ArcelorMittal as a ruthless corporate system that doesn’t care about the local community or the citizens of Zenica. Sivro clarifies that the company is well aware of the complex situation regarding environmental protection in Zenica, but the responsibility cannot be attributed to only one side and there is a multitude of objective factors that influence the environment.

“ArcelorMittal Zenica is also a part of this local community and it is working hard to reduce its impact on the environment. The company’s goal is to reduce the emissions to the lowest possible levels so as to comply with the laws of BiH. Since arriving in Zenica, the company has continuously invested in environmental protection programs. This is another indicator of our commitment to building a healthy and long-term future for steel production that benefits everyone in Zenica economically, environmentally, and in terms of general prosperity for both the residents of the town and for the town itself,” stated Sivro.

According to Sivro, the solution to air pollution problem in Zenica should be sought systematically and should consider all the factors that contribute to it.

“According to official data, Zenica has around 40,000 individual household furnaces that use domestic coal with a very high sulfur content (up to 3.5%). Thus, the SO2 emissions from our facilities represent only 20% of the total SO2 emissions in the Zenica valley. As we have emphasized many times before, the city needs to find a long-term solution to this problem as our equipment is very old and also uses local coal,” Sivro explained.

She ends the interview with the message that the company is consistently working to reduce its emissions and will continue to do so moving forward.

“We must be aware that the dynamics of investing in environmental protection programs depend on the sustainability of the company and that the steel market throughout Europe is currently experiencing very difficult times,” Sivro concluded. 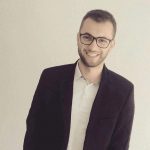 Hugged By the Hills: Hope and Despair in Sarajevo

The siege of Sarajevo lasted 44 months. For 1425 days, Sarajevans were first under the occupation of the Yugoslav People’s Army, followed by the Army of Republika Srpska. In what would become the longest siege of a capital city in the history of modern warfare, independence, it seems, came at a cost.
September 28th, 2016

My Heart is Full for Sarajevo: New Mission Calls Peacebuilder and Educator Tanya Domi Back to Bosnia