When people hear about Boko Haram, what usually comes to mind? Many would recall the 276 Chibok schoolgirls who were kidnapped by the terrorist organization followed by the international campaign to ‘bring back our girls’. Yet what are the motivations behind such a reprehensible act, who is behind Boko Haram, and what are the origins of this Islamic extremist group?

By Sindy Chaidez and Leslie Woodward

Amid turmoil, death, and changes in sect leaders, Film Director Xavier Muntz provides a historical perspective on the evolution of Boko Haram as the insurgency in Nigeria persists. In his documentary Boko Haram: Origins of Evil he includes testimonies from victims, foreign aid workers, and people close to Boko Haram’s founder Mohammed Yusuf. In addition to these testimonies, archival footage is interwoven to display the charismatic influence of the group’s leaders and the atrocities that innocent civilians have been forced to face.

The film is set in Maiduguri, Nigeria: the birthplace of Boko Haram. The audience is introduced to Mohammed Yusuf, an eloquent speaker who rose to power through a targeted campaign denouncing political corruption and hypocrisy of Nigeria’s Borno State. In a region with a poverty rate as high as 69%, Yusuf was quickly able to gain the support of the population’s disadvantaged and youth, playing off of their frustration and mistrust. An alliance was formed between Yusuf and Borno’s former Governor Ali Modu Sheriff and an alleged agreement was made: in exchange for the support of Yusuf’s followers as a means to help secure his election to the governorship, Sheriff would introduce Sharia law into the province. Shortly after the alliance failed, Boko Haram’s increased radicalization led to a violent uprising and conflict broke out between the militant Islamic group and Nigerian security forces. It was during the 2009 uprising when Yusuf was executed by Nigerian police forces outside of the police headquarters in Maiduguri. Following his execution, Yusuf’s deputy leader, Abubakar Shekau, assumed control of the sect. The group’s radical tendencies were made clear as it carried out terrorist attacks and pledged to the black flag of the Islamic State (IS). What was once a group organized to target elites and ‘bad Muslims’ now broadened their purview to also include Christians and their campaign of violence has left more than 32,000 dead and 2 million people displaced.

Following the Balkan premiere of Boko Haram: Origins of Evil at the 2017 WARM Festival in Sarajevo, Muntz, who works for the French-German TV network Arte, provided insight into his motivations for making the film. He discussed how Arte, which provides cultural programming aimed to foster understanding among Europeans, had broadcast a film on ISIS during one of their regularly scheduled theme nights. The broadcast spurred questions among viewers that revealed a lack of historical knowledge about Boko Haram and the group’s origins, which catalyzed his desire to fill in some of these gaps. Providing historical context is crucial in understanding how radical groups like Boko Haram are able to rise to power and turn ideological principles into massacres and acts of terrorism. The documentary thus gives its audience a glimpse into the ideological appeal of ISIS as well as the group’s current reputation in Africa. During the discussion, Muntz also pointed out other parallels between the groups such as the increasing resemblance of Boko Haram-produced online videos to those being produced by ISIS.

In addition to providing insight into his motivations behind the making of the film, Muntz discussed some of the challenges he faced during its production. With only 30 in which days to obtain permission to film in Maiduguri and conduct all interviews, he lost his passport, was subjected to arrest and expulsion from the country, and was held in detention while his documents were processed. Muntz was also met with push back from Nigerian government officials as they actively interfered to discourage him from making the documentary, yet he rose above the countless obstacles to obtain the testimonies of witnesses and victims, many of whom were living in camps for the internally displaced. His interviewees faced immense pressure and intimidation from army members and Boko Haram operatives who were stationed within the camps, so Muntz had to find a way to effectively conduct the interviews without intimidation. He, thus, brokered a deal with the guards to take the witnesses out of the camp to the nearby hotel where he was staying. With regard to the interviewee selection process, Muntz stated: “those people were chosen because they wanted to talk, they wanted to tell their story.”

Muntz provided witnesses and victims an outlet to come forward and speak about their experiences to the world and to inform people about the suffering that has been forced upon them by a group whose name when translated means: “Western education is forbidden”.

In addition to providing an account of the rise of Boko Haram, the film also sends a message about the importance of accountability and places emphasis on education as a tool that gives meaning to children’s lives as they grow up. Community leaders advocate that it is the responsibility of the State to provide a space for children to express themselves, but the Nigerian government contributes only 1.5 percent of its GDP and 6 percent of its budget on education. Further, as its name suggests, combatting Western education is one of Boko Haram’s primary goals and its actions have successfully obstructed more than 10 million children from attending school. Such a figure represents the largest number of out of school youth in the world and will serve to perpetuate cycles of poverty. This situation also leaves children vulnerable to Boko Haram’s recruitment methods, which will perpetuate the cycle of violence and oppression.

The eradication of Boko Haram will prove a difficult feat to overcome. Yet, Muntz believes it is possible and that a greater emphasis on education and on the elimination of corruption and injustice is necessary in order to combat the evils that continue to affect the region.

The Balkan premiere of “Boko Haram: Origins of Evil” took place during the 4th annual WARM Festival in Sarajevo from 28 June to 2 July 2017. Organized by the WARM Foundation in collaboration with the Post-Conflict Research Center (PCRC), the WARM Festival brings together artists, reporters, academics and activists around the topic of contemporary conflict. 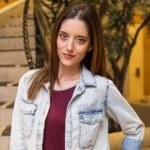 Sindy holds a Joint European Master’s degree in Human Rights and Genocide Studies from Kingston University London, Collegium Civitas Warsaw and Universita degli Studi di Siena along with a Bachelor’s degree in Political Science from the University of Nevada, Las Vegas. Sindy interned for the Post-Conflict Resolution Center (PCRC) and previously worked as a Site Coordinator for Communities in Schools of Southern Nevada coordinating community events and programs and providing case management to assist students. Sindy’s interest in genocide prevention and peacebuilding brought her to intern for the International Conference on the Great Lakes Region- Ugandan National Committee on Genocide Prevention. During her time in the region, Sindy conducted research on transitional justice mechanisms in the Great Lake region with the aim to contribute to institutional knowledge at the Centre for Governance, Peace, and Security (GAPS).

Vojkan Krstic: A Link in a Chain of Good Deeds

Vojkan Krstic is a humanitarian and entrepreneur from Belgrade who has become well-known for his good deeds, which include helping people in difficult financial situations.
January 27th, 2020

Meet the Mormons: Religious Minorities in Bosnia and Herzegovina (Part I)

BiH represents a society in which national and religious belonging are tightly bound together. The Law on the Freedom of Religion recognizes the Jewish community as a traditional religious community, however, it remains a religious minority. And there might, in fact, be as many as 200 religious minorities in BIH.
December 10th, 2018