“Our parents and schools fill our heads with facts; while the fostering of critical thinking remains absent from our education.”

Despite being of the same age, the young people living in the municipalities of the Srednjobosanski and Hercegovacko-neretvanski cantons often follow different teaching plans. A deep ethnic segregation primarily among Bosniaks and Croats remains ever present.

This seemingly temporary solution for the post-war period still remains in use even 20 years after the end of the conflict. None of the plans to reunite the schools have so far been successful.

One of the municipalities still following the “two schools under one roof” system is Vitez. This small town of approximately 30,000 inhabitants in the very heart of Bosnia-Herzegovina divides its youngest generations according to their names, by their native languages and through terms such as ethnicity.

The armed conflict between the Army of Bosnia-Herzegovina and the Croatian Defence Council (HVO) that broke out on the territory of Vitez, left a large number of people dead, tortured and sexually abused. Today Vitez is not officially divided, but the continued existence of “two schools under one roof” segregates the youngest, drawing new lives into the conflict that ended 20 years ago. 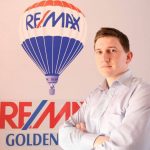 In Bugojno, a town in central Bosnia, war-time divisions remain strong even twenty-five years after the war. Although it is not an administratively divided city, Bosniaks and Croats live almost completely separate lives. Schools are divided, but also catering facilities. Everyone knows exactly who can come in and who cannot.
November 19th, 2020

American photographer, Ron Haviv, spent 10 years documenting the Balkan wars. His work was used as evidence for prosecuting war criminals. An exhibition of his work Blood and Honey: a Balkan War Journal is being held in the Srebrenica Gallery in Sarajevo until April 2016.
March 21st, 2016