23 years since the end of the Bosnian war, Mostar is still feeling the effects of poverty. Two service centers, the Red Cross soup kitchen and the Meal Center, have stepped up to provide food and basic necessities for people in need.

23 years since the end of the Bosnian war, Mostar is still feeling the effects of poverty. Two service centers, the Red Cross soup kitchen and the Meal Center, have stepped up to provide food and basic necessities for people in need.

In Mostar, The Red Cross puts in a lot of effort to operate a meal center that ensures daily meals for its costumers. The Soup Kitchen, another city institution, is also making an effort to help the poor and those who are unable to work to cover their basic needs.

Alen Kajtaz, the general secretary of the Red Cross in Mostar, says that their meal center regularly monitors and responds to appeals for help from Mostar’s most vulnerable citizens.

According to Kajtaz, the meal center was established in 1993 in order to feed people during the war. At one point, he says, they were feeding over 20,000 people a day. Today, they support 421 people. In addition, there are those who receive monthly supply packages consisting of basic food and hygiene supplies.

“We can definitely say that the number of costumers exceeds 450,” says Kajtaz. He explains that it’s not only the unemployed who live in poverty – working people can also have trouble making ends meet.

“Today we actually see the struggle of the ‘common’ man who tries to live with dignity and to secure his basic needs. This can be very difficult here because the economic system swallows up the lowest strata of society and the working class,” says Kajtaz.

He adds that his organization conducts regular audits of those it serves based on criteria that are set according to their monthly income. “We can have a situation where, say, there is a retiree with a minimal pension, but if there are two retirees in one household that both receive a pension, they are not eligible to use the meal center. Unfortunately, our services are dependent on our budget and donor financing, and we do not want to leave our customers without their only source for survival,” says Kajtaz.

To try to extend the reach to underserved populations living in Mostar, another community kitchen was established in 2002 with the aim to take care of the community’s most marginalized groups, including the unemployed, the elderly, the sick, and persons without guardians.

Franjo Slišković, Director of the Soup Kitchen, says that last year they distributed an average of 234 meals a day. “And the number of people using our services is increasing,“ he says.

While the Soup Kitchen employees state that they have a very good relationship with city authorities and that the local administration fulfills its legal and financial obligations to the public kitchens, there is always more that can be done. The Red Cross and the Soup Kitchen, therefore, ask citizens to get involved and to help these institutions by making financial or in-kind donations in accordance with their capacities. 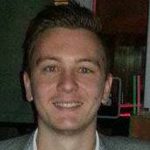 Monsieur Chat: The Yellow Cat Who Smiles Down Upon Sarajevo’s Passers-by

Monsieur Chat, also known as the yellow cat in Sarajevo, is the work of the French-Swiss artist Thoma Vuille. At first, the cat’s creator was unknown, but he was caught painting the cat and soon became famous for his work.
October 25th, 2017