Rising 1,042 meters above sea level is Udrc Mountain, the highest elevation point in central Bosnia and Herzegovina’s Podrinje region, also known as the Drina Valley. This mountain and the nearby Kamenica Hill are two sites often referenced in recollections of the Srebrenica genocide and represent key locations on the July 1995 ‘death march’ route from Srebrenica to the free territory of Tuzla. These locations are, thus, of great significance to the country’s historical narrative of genocide.

As the sun set on July 11th, 1995, word began to spread that a takeover of Srebrenica by General Ratko Mladic and the Bosnian Serb Army (VRS) was imminent. A decision was then made that, if the Bosniak men in the town were to survive, they must attempt an escape to the free territory of Tuzla. Their route to freedom would take them through the forests of Mt. Udrc, over the Kamenica Hill, and toward Nezuk. A plan was set in motion and the men formed a column along with members of the Army of the Republic of Bosnia and Herzegovina’s (ARBiH) 28th Division, whose mission had been to defend the territory around the Srebrenica enclave. The column consisted of between 10,000 and 15,000 men between the ages of 16 and 65. The column was said to have stretched up to 15 kilometers long with two and a half hours separating head from tail.

As the men began the treacherous journey, many were already weak from dehydration and starvation. Along this route to freedom, the column was relentlessly shelled and ambushed, breaking the procession into smaller groups. Some men committed suicide, some were tricked into surrender, and some were taken prisoner and killed in remote sites of mass execution such as the Sandici meadow and the Nova Kasaba football field. Many survivors have even claimed that they were attacked with a chemical agent that caused hallucinations and disorientation.

For those who managed to pass the road from Susnjari, across Kamenica hill and pass the asphalt road between Nova Kasaba and Konjevic Polje thus reaching the slopes of Mt. Udrc, the free territory of Tuzla was just visible on the horizon. The survivors were so close and, yet, so far. Now, their mission was to reach Nezuk and the ARBiH-controlled territory. With the final stretch of their escape route blocked by Serb forces, many remained on the Kamenica hill for days waiting for a moment of opportunity to reveal itself.

On July 16, 1995, the first survivors crossed the border into the free territory of Tuzla, but, in the end, only around 3,000 of the men that embarked on this perilous trek through the forests of Mt. Udrc would complete their journey, most of whom were members of the 28th Division battalion. Several journalists described the survivors who were arriving in Tuzla as “an army of ghosts”.

In total, approximately 7,000 to 8,000 men were captured by VRS forces, of whom almost all were executed and, thus, never able to reach the free territory of Tuzla. Many of the death march survivors would eventually go on to testify before the International Criminal Tribunal for the former Yugoslavia (ICTY). They would describe, in detail, the horrors and mass executions that they miraculously escaped.

A Return to Udrc Mountain: 25 Years After

On February 4th, 2020, nearly 25 years after the horrific events of the Srebrenica genocide unfolded, a team comprised of members of the Srebrenica-Potocari Memorial Center and the Post-Conflict Research Center went to Mt. Udrc. The team was accompanied by three guides, all of whom were themselves survivors of the death march from Srebrenica to Tuzla: Fahro Mustafic, from the village of Rasevo, Enver Secic, former Bosnian soldier from Bratunac, and Ramiz Nukic, known as Srebrenica’s ‘bone collector’.

The team set out into the mountain’s immense conifer forests to collect items left behind all those who courageously fought to escape the encroaching arms of certain death. At the mountain’s peak, a site known as ‘Pisanica’, the team discovered the remnants of a hut where a group from Srebrenica hid during those fateful days in July of 1995. On the team’s descent, a number of other items were found scattered along the mountain’s wooded paths.

The scenes were ominous. Dishes used to prepare food and pieces of clothing lay bare on the forest floor, abandoned all those years ago. Personal belongings seemingly left behind as proof that something horrific had transpired in these forests.

The team carefully collected each item to be safely stored at the Srebrenica-Potocari Memorial Center. The Center’s museum will become a new home to the objects, where, along with survivors’ testimonies, they will forever tell the tragic stories of their owners, some of whom escaped genocide’s final embrace, many of whom did not. 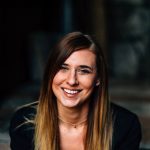 Leslie is Balkan Diskurs' Associate Editor and the Co-founder and Vice President of the Post-Conflict Research Center. She holds a BSc in Biology from Baylor University and an MA in International Studies from the University of Denver’s Josef Korbel School of International Studies. She obtained advanced certification in designing peacebuilding programs from the Peace Action Training and Research Institute of Romania (PATRIR) and has worked in Kenya, Bangladesh, and Bosnia and Herzegovina on various peacebuilding and development projects.

Mitigating the Adverse Impacts of Smoking; Are Excise Taxes on Tobacco the Solution?

Tobacco’s death toll continues to rise in BiH, while the tobacco industry remains insulated and the tobacco epidemic rages on with more than 2,000 children and 1,053,000 adults using tobacco on a daily basis.
February 22nd, 2019

Bosnia’s Plenum: Considering the Rise and Decline of Bottom-up Democracy