The short video entitled “Why Bosnia and Herzegovina Can Be the Number One Tourist Destination in the World,” created by Robert Dacešin, won the award for the world’s best tourist film which will be presented on November 24th in Valencia by the International Committee of Tourism Film Festivals (CIFFT). This is just one of the …

The short video entitled “Why Bosnia and Herzegovina Can Be the Number One Tourist Destination in the World,” created by Robert Dacešin, won the award for the world’s best tourist film which will be presented on November 24th in Valencia by the International Committee of Tourism Film Festivals (CIFFT).

This is just one of the awards that this young man from Banja Luka has received for his videos promoting the natural and cultural beauty of his country.

The idea for Dacešin’s most recent short film arose from the desire to promote his country on social media. Among the many people who watched the video after it went viral was Bosnia and Herzegovina’s ambassador to Japan, Siniša Berjan. Delighted with the video, Ambassador Berjan encouraged Dacešin to apply to the Japan World Tourism Film Festival, where he won first place in the category for the best film in March of this year.

After that award, he decided to apply for some more festivals and that’s how the idea of participating in the competition organized by the International Committee of Tourism Film Festivals was born. “It’s a great honor and pleasure for me to have won an award at a competition like this, because everyone who works in the field of tourist videography knows how well recognized CIFFT is in the world of tourist film,” said Dacešin.

His video received 56,914 votes from 74 countries, which is the highest number of votes from the most countries a CIFFT film has received so far.

Dacešin didn’t receive any financial support even though he sought it in many places. He explained that he mostly received praise for his work and moral support, but that he personally financed everything from the camera, editing, to logistical things such as travel expenses, tickets, and accommodation.

Many months of work and filming across Bosnia and Herzegovina went into this multi-award-winning film. It was done gradually, and the recording process itself wasn’t easy at all. Each shot required a detailed script, narration, and meticulous preparation. The locations, the time of filming, and the period of the year were chosen carefully, and in the end, all of this effort yielded excellent results.

“The goal was to present our country to the world and reach as many people as possible who would see the film and eventually come to Bosnia. This country, which is so beautiful and full of amazing places, offers something for everyone, but you can’t even fit everything into one film,” said Dacešin. He noted that they visited over 50 locations during the filming.

Among the locations they visited, he highlighted Livno, which is home to wild horses, the Kravice (Ljubuški) waterfall, as well as his hometown of Banja Luka.

Dacešin believes that Bosnia can become the most desirable tourist destination, but not without effort and investment. The country is known to have a lot of untapped potential, so it would only take a little hard work and dedication to improve the situation.

“Small things like informing tourists at airports and bus stations – places that are usually tourists’ first contact with the country – would be great. Easier transportation from and to the airport, buying tickets online for attractions and simply a little more logistics would certainly help Bosnia become a more visited country,” Dacešin added.

A country with this kind of culture, history, enchanting nature, and excellent cuisine definitely has something to offer tourists, Dacešin believes.

He says that “Why BiH Can Be the Number One Tourist Attraction in the World” is dedicated to all the people in Bosnia and Herzegovina and all those who love and believe in this country.

This young artist is honored by the recognition and awards he has received, which for him, is a reward for all of us. He gives special thanks to his collaborators Milan Banjec and Milan Bajić who were with him throughout the filming and editing process, as well as to his other friends, family, and everyone else who has given him support. 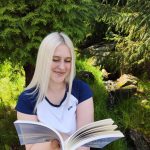 Danica is a trained Balkan Diskurs correspondent from Banja Luka, where she is currently studying at the Faculty of Natural Sciences and Mathematics. Danica is versatile, adaptable, open-minded, and always ready for new challenges. In her free time she enjoys creative writing, amateur photography, and reading books. She is also actively involved in journalism and has been writing for the eTrafika Portal for two years.

The Mostar Association Rezon: A Platform which Values the Artists

For the last 11 years, a team of seven young people from the association Rezon have been creating an urban platform to strengthen the art scene in Bosnia and Herzegovina (BiH). The platform provides space for the education and affirmation of artists and young people, as well as for the greater involvement of women and …
November 18th, 2022

Children’s rights are human rights that are not prioritized in Bosnia and Herzegovina. A group of young people and children from all over the country has become actively involved in solving issues related to children’s rights in BiH. The Platform for the Advancement of Children’s Rights is very helpful, as it makes information in this field available. Through the Platform, they can talk to their peers and government representatives and advocate for solutions to various problems.
September 8th, 2022