On March 31, 1994, José León Ramírez Reina died of heart failure in a hospital in the south of Spain. He was 87. He had previously lived in Madrid and in Seville, where he owned an extravagant villa named La Carlina. He was known for hosting elite parties and storing a rich collection of art there. Ramírez Reina arrived in Spain through what could be described as an unusual channel. After fleeing from Germany across Denmark and Norway, he crashed his plane into the shores of San Sebastian, Spain in May of 1945.

Before landing in Spain, he was not known as José León, but rather, Léon Degrelle. He was a Belgian politician and the founder of the Rexist Party, a clerical fascist party. Degrelle was a known Nazi collaborator during World War II, having fought in the Walloon Legion. When Degrelle crashed his plane, he was escaping prosecution in Belgium, under the charge of high treason. He was sentenced to death for having pledged alliance to Nazi Germany in 1941. The Belgian authorities asked Spain to extradite him, but it never happened.

Many other Nazi political leaders and fascist collaborators fled to Francoist Spain after the war. For decades, General Francisco Franco protected these war criminals and provided a safe haven against extradition. Surprisingly, after the death of the dictator and the political transition in Spain, this legal protection remained largely unchanged.

Ante Pavelić, the Croatian dictator who founded the fascist Ustaše movement in Croatia in 1929, also hid in Spain after the war. Pavelić ruled the Independent State of Croatia – Nezavisna Država Hrvatska (NDH) – a puppet state that ruled the parts of Yugoslavia not occupied by Nazi Germany and fascist Italy between 1941 and 1945. Pavelić landed in Spain in mid-1957. Pavelić arrived in Argentina first, using one of the “ratline” escape routes employed by prominent Nazi criminals like Adolf Eichmann and Josef Mengele to hide in Latin America. The former Ustaše leader ran from Argentina to Spain after surviving an assassination attempt in front of his house. The attempt was by Blagoje Jovović, a Montenegrin Serb that had fought in World War II as a Partisan and, later on, as a Chetnik. This episode would eventually lead to Pavelić’s death two years later, as he never fully recovered from his injuries.

There is also the case of Vjekoslav Luburić, an Ustaše army general who oversaw the network of concentration camps in the NDH between 1941 and 1945, including the infamous Jasenovac extermination camp, where more than 150,000 Serbs, Jews, Roma and Bosnian Muslims were brutally murdered. Luburić travelled from Croatia to Spain in 1949 disguised as a Franciscan monk under the protection of the Catholic Church. He resided there until he was murdered by his personal assistant in April 1969. Some allege that the killing was a hit organized by a vengeful Tito, perhaps with inspiration from the political assassination of Leon Trotsky by the NKVD communist agent Ramón Mercader. Others argue that it was actually an inside operation orchestrated by fellow Ustaše emigré leaders over political disagreements.

Both Pavelić and Luburić, alongside other fascist criminals that had fled their respective countries, died under the veil of the dictatorship. Once democracy was officially established following the June 1977 general election and the approval of the 1978 Constitution, international war criminals like Degrelle, as well as many Spaniards who had been part of the dictatorship’s repressive system, were allowed to reside in the country. To understand why this was the case, it is necessary to analyze how Spain dealt – or failed to deal – with its violent past. During and after the transition, Spaniards had to reconcile both the 1936-1939 Civil War and the Francoist regime itself.

The implicit deal of silence agreed upon during the transition allowed for many national criminals like Antonio González Pachecho, popularly known as Billy el Niño (“Billy the Kid”), to peacefully live in the new democracy without any accountability. González Pacheco had been a significant member of the Political-Social Brigade in the 1970s. He violently interrogated, tortured and terrorized dozens of citizens who opposed Franco’s totalitarian regime. This deal of silence was justified by a national “right to forget,” which stopped the implementation of any political initiatives that would acknowledge the crimes committed by the state during Franco’s dictatorship.

The right for truth and remembrance for those who suffered and lost their lives under Francoism was thus discarded. Other countries have had this right: Rwanda and the 1994 genocide, Sierra Leone and its 1991-2002 civil war, and Argentina and the 1977-1983 National Reorganization Process. Thus the question that needs to be addressed is, what have been the effects of this deal of silence?

First, there have never been reparations for the victims of the Franco regime, despite calls for them. In an article published online in CTXT press, José Luis Úriz Iglesias, a former victim of Billy el Niño, discussed his participation in the recently released documentary-film Billy: Torture, Impunity, Silence (2020). He says that “those who participate in the documentary are just asking for truth, remembrance, justice and reparations to prevent our story from getting forgotten, to safeguard the collective memory of our people, [for] justice against those who perpetrated those crimes, and reparations so that [our] society, our leaders, acknowledge the suffering that we endured.” He also encourages young people to go see the movie so they become aware of what happened in Spain five decades ago. For people like Úriz Iglesias, the mere passing of time has not automatically translated into healing, showing that there is still a great deal of work to be done. There are grassroots organizations helping. For example, the Association for the Recovery of Historical Memory (“Asociación para la Recuperación de la Memoria Histórica”) helped the honors, medals, and police merits of González Pacheco be revoked posthumously.

Second, as an investigation conducted by the historian Lourdes Herrasti found, there are still around 114,000 unidentified buried bodies from this period all over Spain. While there were 743 exhumations between 2000 and 2018 and a total of 9,009 bodies recovered from mass graves, there are still thousands of families still waiting for their loved ones’ remains. Such a large number will be impossible without state funding and support. Knowing this, starting in 2012 the right-wing government of the Popular Party (“Partido Popular”) slashed the budget of the Historical Memory Law, designed by the previous administration to recognize and guarantee the rights of victims of war and the Francoist regime. The law also deals with the process of mass grave exhumation and the victim identification process.

Regardless of the tragic fact that some of bodies will never be found, the positive news is that the current government, more left-leaning, is redesigning the law and trying to fund it once again. The new government wants to work alongside civil society organizations to continue their memorialization and reconciliation work. An achievement also worth mentioning is Franco’s exhumation in October 2019 from the Valley of the Fallen (“El Valle de los Caídos”), a Catholic basilica erected in the mountains near Madrid for him.

Third, not addressing these issues for decades has paved the way for historical revisionism and the denial of crimes committed by the Spanish fascists during and after the war. Part of this is fueled by the relatively new far-right political party, Vox, which currently constitutes the third national political force in Congress. But it is also perpetuated by the traditional, conservative, far-right, which frames these necessary processes as “re-opening already closed wounds.” The Historical Memory Law remains at the core of this debate, with political parties divided ideologically over the law.

One consequence of this debate is a lack of political determination by the Spanish authorities to deal with the country’s historic past. The absence of many institutional changes at the military and judicial level since the end of dictatorship has allowed individuals like Degrelle and González Pacheco to live freely in the new democracy, being neither detained nor questioned at any time by the national authorities. Some state structures, partially inherited from Franco’s dictatorship, protected them from being identified or accused of any crime or atrocity by taking advantage of the “forget to forgive” principle of the transition.

In an interview with the Spanish digital newspaper El Confidencial, historian Ana Ávila, who participated in the documentary Don Juan de la Carlin: The Hidden Face of Léon Degrelle (2008), explains that “during Francoism, not many people were aware of either the real identity of “Don Juan” [Degrelle] nor what his real past was, but, years later, in the course of the transition, the name Léon Degrelle started to emerge again.” In a 1983 interview with the popular Spanish magazine Interviú, the war criminal himself acknowledged his fascist past and his admiration for Hitler, being entirely confident that publicly stating these beliefs would not matter, as he would still be protected from any kind of judicial prosecution.

None of this should came as surprise to anyone. If Spanish political leaders did not have the political will nor ethical strength to deal with their own country’s traumatic past, how could it acknowledge the crimes committed by foreigners outside Spain? But the unfortunate consequence of this is that those these criminal lived protected in Spain and quietly enjoyed the rest of their lives in impunity. 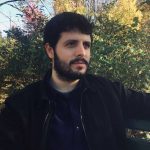 Daniel is a recently graduated master’s student in Conflict, Security and Development, at the University of Exeter. Throughout his MA, he had the opportunity to actively research about transitional justice, peace-building, political extremism and ethnic persecution, whilst also conducting a work placement as a research analyst in a UK-based grassroots community interest company around the issue of gender-based violence in the United Kingdom and in Palestine. His interest in the Western Balkans began when he visited some of its countries in 2017, and it significantly increased throughout the following years, leading him to further investigate about the region’s post-conflict dynamics as well as to pursue an internship in the Post-Conflict Research Center. Currently, Daniel is working as an intern in the Center for the Study of Democracy, in Bulgaria, participating in research projects related to forced migratory movements, and religious extremism and secularism.

Sarajevo Roses as a Reminder of the Dead