The “Nisam tražila” initiative ([‘I didn’t ask for it’]) began with four art students’ reactions to rape cases in Serbia: Mateja Mavrak, Asja Krsmanović, Ana Tikvić, and Nadina Mičić. Actress Milena Radulović and several other girls reported the owner of the Belgrade acting school, Miroslav Mike Aleksić, for rape and sexual harassment. Since then, the initiative has garnered support from women and men alike. They now publish cases of violence against women on their Facebook page and post reactions to injustice daily.

“It was interesting how surprised everyone was and how much they see the rape of this actress as an isolated case— but these things are happening to a much greater extent than we think. Of course, rape is somehow the last degree of sexual abuse and the most extreme, but there are many levels of sexual abuse and harassment that lead to that last most heinous act,” says Ana Tikvić, one of the leaders of the initiative.

When the four of them started talking and sharing their private experiences, they concluded that each of them had been in at least one situation in which they were victims of sexual abuse. They decided to launch the Facebook page “Nisam tražila” at three hours in the morning.

“That Facebook page is just proof that victims have more confidence on an anonymous Facebook page than in the system and organizations that are responsible for dealing with this problem. We received hundreds and hundreds of messages in the first few days. Victims are not ready to report sexual abuse because they do not trust the system, because they do not feel protected, and because they do not think that would solve anything. They don’t trust that the perpetrator would be properly punished, that they will eventually be protected and get justice and at least a little peace that they absolutely deserve,” says Ana.

She points out that it was a very stressful time for them because they began the page spontaneously without thinking about how it could escalate.

“At some point, we really thought, ‘what do we need this for?’ and then a person messaged us and said, ‘you encouraged me, I feel better, I decided to report my abuser.’ These kinds of messages gave us strength—if we even help one woman, everything is absolutely worth it.”

UN Women in Bosnia and Herzegovina, as part of the “Violence is not a private matter” campaign, emphasizes that half of all women and girls over the age of 15 in BiH have experienced serious violence, most often at home, and that the perpetrator is almost always a man. All this becomes a serious problem because there is no adequate psychological help for victims of violence.

“There is no legally regulated form of psychological help that a person can receive when reporting sexual violence. Many organizations provide free legal and psychological advice, but again, nothing is regulated at the state level. Our Facebook page has about 40,000 followers, and we also have a closed group on FB that has about 13,000 members where people continue to write about their experiences with sexual abuse. Finally, at least a space has been created, even if it’s only online, where a person can really write about what bothers them without being judged by others,” she explains, emphasizing that they report every form of discrimination shared on their website.

Apart from the citizens of BiH, the initiative was supported by numerous politicians and public figures, but, as she says, that is not enough for change.

However, to fight against violence, the violence itself must be reported, which often does not happen due to societal pressure and patriarchal norms in our society.

“We live in an extremely patriarchal environment where the word of a man is still the law and the absolute truth, and women are, of course, afraid of society’s condemnation—whether someone will believe them, what the first neighbor will say. Unfortunately, we still live in such an environment where it is not a man’s shame, but, in the end, a woman’s shame,” says Ana.

However, the four of them do not have enough power to protect other girls because they are neither the police nor the court. Those who receive a salary for this type of work are responsible for finding a solution to the problem and changing the law.

“Ultimately, it is the state authorities and institutions that must protect the people who contact them. So, they have had a duty to do that for years, but unfortunately, it has not been done yet. We as an organization constantly make calls to action and warn others about these issues, but that’s it. I think that we must unite and that we mustn’t stop talking about it,” said Ana.

She is pleased that their initiative has encouraged a regional public discourse on sexual abuse. 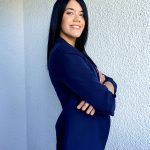 Samira is a trained Balkan Diskurs correspondent from Sarajevo. She is currently pursuing her master's degree in the Department of Political Science at the University of Sarajevo in Political Science, International Relations, and Diplomacy. From 2010 to 2017, she was a professional swimmer and a member of the national swimming team. She now uses her swimming expertise as a referee in the Swimming Federation of the Federation of Bosnia and Herzegovina. She is an active member of the PRONI Center for Youth Development, and an advocate of peace, reconciliation, activism, and media literacy.

How to Fight for Women’s Rights in Bosnia and Herzegovina

Subjugation, inequality, revolution, and protests have marked and continue to mark the world history of activism. For thousands of years, people have fought against oppression and subjugation – whether by force or peace. And women have always been part of that fight. Despite the fact that women in Bosnia and Herzegovina (BiH) were given the …
October 12th, 2020

Miss Besieged Sarajevo: Fashion and Beauty as Symbols of Resistance

This image of Meliha Varešanović, captured by British photographer Tom Stoddart, went all around the world. It has become iconic – a classic of reportage. Yet back in 1994, while people overseas were opening their morning newspapers and talking about the beautiful women in the picture, Meliha was just thinking about how to survive another …
May 12th, 2020