Under the symbolic name “Trčim za mir” [I run for peace], a trail race will be held on October 1st in Mostar on three tracks, five, ten and 21 kilometers long.  Its aim is to contribute to peace, spreading the message that it is possible to build peace with everyone in Bosnia and Herzegovina.

The race is being organized by the citizens’ association Pomozimo Djeci from Banja Luka, Global Analitika from Sarajevo, and MASA from Mostar. This organizations already cooperate in the field of human rights and sustainable of peace and will also be working together with representatives of the running community in Bosnia and Herzegovina.

According to Ljubić, in order to build a sustainable peace, it is necessary to convey the message to young people that such peace is possible, as is trust among all the peoples of Bosnia and Herzegovina, because peace is the only option.

About 160 participants from Bosnia and Herzegovina will take part in the race, as well as others from the Balkans, Europe, and around the world. The race course, as explained by the organizers, extends in the Rujišta area, at the foot of the Prenj Mountain, and includes three municipalities: East Mostar, Mostar, and Konjic. Rujiše is located at an altitude of 1,050 meters above sea level, and it is especially known for the native species of pine, munika, and extremely clean air, which is ideal for sportsmen, recreationalists, and other visitors. This makes this race particularly popular.

Senad Dorić, who already has seven or eight trail races behind him, will participate in the race. He says his previous races were exciting and he only has good memories from them. When it comes to “Trčim za mir,” Dorić said that we should always and everywhere strive for peace, want peace, choose peace, advocate for peace, and work towards it.

In addition to promoting peace and a healthy lifestyle, “Trčim za mir” also emphasizes social responsibility towards the community. From every registration fee – which ranges from 30 to 40 Bosnian marks – part of the payment is donated to the publicly funded children’s home in Mostar, which provides additional support for children and young people, including temporary accommodation and full-day care for children who are orphaned or neglected. 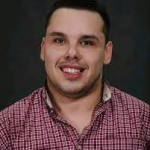 Muamer Zukanović completed his undergraduate studies in communication studies at the Faculty of Humanities of the University "Džemal Bijedić" and earned the title of Bachelor of Communication Studies/public relations major. He worked as a correspondent for Dnevni avaz, screenwriter and moderator of numerous cultural and sports events, and as a PR manager. He won various awards for his work.

Europe’s Double-Standard: Implications of the Disparity of Refugee Policy in Ukraine, Bosnia, and Syria By Natalie Larsen

This prevalence of Islamophobia in Bosnia and in EU refugee policy prompts questions about change and reform, especially given the imminent need to respond to modern conflicts affecting Muslims.
October 7th, 2022