Peacebuilding, reconciliation and youth integration were the key concepts at the heart of a recent meeting between Executive Director of the Post-Conflict Research Center (PCRC), Velma Šarić, and Head of the Sarajevo Office to the Council of Europe (CoE), Mary-Ann Hennessey. Both parties exchanged their views regarding the current and future situation in Bosnia.

PCRC was interested in the CoE’s stance regarding the complex and ongoing attempts at reconciliation in Bosnia. Hennessey explained:

The country did not, in fact, start any ‘process’ of reconciliation between communities and ethnic groups. However, at the local level, interpersonal relations improved markedly regardless of ethnic origin. Now, it is crucial to support this trend at the international level and to transfer this reconciliation to the whole of Bosnian and Herzegovinian society.

PCRC and Hennessey agreed that a change can only succeed if the authorities fight against the lack of justice and support collective forgiveness among all Bosnian citizens.

There is a major issue with regard to memorialization awareness, primarily due to ethnic and community isolationism. The general result is widespread denial, making dealing with the past more and more difficult. We can see this trend in Srebrenica and Prijedor where commemorations take place every year, without any unity among the population, Hennessey said.

Acknowledging these difficulties, PCRC’s intern, Benjamin Lemerle, from France inquired further about the factors that could jeopardize Bosnia’s Council of Europe membership. According to Hennessey, many issues remain highly problematic. “Even after more than 12 years of membership, Bosnia has not implemented any reform of its justice, police, electoral law or educational systems. Bosnia is the only country in Europe that does not guarantee the right to education free from segregation,” she explained, citing the “two schools under one roof” phenomenon as an unfortunate example of ethnic division among children.

Nevertheless, Hennessey strongly reaffirmed the core missions of the CoE in BiH: “Respect for human rights, rule of law and democracy — European values on which we cannot compromise. It is a very hard task in a country still politically and ethnically divided, even twenty years after the end of the war.”

Hennessey also mentioned that the Sarajevo field office is not an official delegation. In fact, it has no diplomatic function, meaning that although it has more freedom of speech, it has less power to apply pressure on local authorities. According to her, “the first mission of the CoE in Bosnia is to call to attention the obligations undertaken by Sarajevo upon Bosnia’s entry into the Council of Europe back in 2002.” Although Bosnia had an obligation to reform its Constitution according to the amendments of the Dayton Agreement 1995, nothing has really changed.

“One of the CoE’s primary concerns is the ethnic division among Bosniak Muslims, Serbs and Croats, which is being reinforced by the current Constitution, as well as discrimination against national minorities such as Roma and Jews and the ‘others’ category,” Hennessey reported. As a result, she believes that the CoE will give more attention to the famous Sejdić-Finci case, also insisting on other ethnic aspects related to the CoE’s Protocol No. 12 to the Convention for the Protection of Human Rights and Fundamental Freedoms.

The CoE and PCRC share the same opinion: a peaceful and democratic Bosnia cannot emerge without a mutual understanding of the past. According to Hennessey, “the whole of Bosnian society should acknowledge the suffering and violence experienced by the victims, all victims. And this is a difficult process, which takes time.” Educating children and future generations is vital to the process of reconciliation and integration.

Due to the segregation within education, Hennessey believes that “Youths don’t fight for their own interests in Bosnia.” Nevertheless, she highlighted the heroic and selfless involvement of young Bosnians in volunteering their help and efforts during the recent flooding crisis in Bosnia. This can be seen as a tentative step towards the integration of the population and gives hope for future relations . 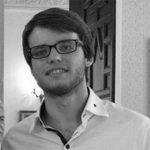 Benjamin Lemerle is a former intern of the Post-Conflict Research Center in Sarajevo. He holds a Bachelor of Political Science from Sciences Po Grenoble, France.

Mostar’s Jasmina Ćušić started Eko Jasmina, a small store for organic fruits and vegetables, five years ago to “revolt against the system in Bosnia and Herzegovina”.
October 12th, 2021

Those Who Need Help Shouldn’t be Ashamed to Seek it

For its eight years of existence, the charity Pomozi.ba has assisted over 700.000 people in various ways. They raise money for the treatment of seriously ill people, assist in the housing of those who are in extremely difficult financial situations, provide food and other material supplies to socially-endangered people in Bosnia and Herzegovina. Due to …
June 2nd, 2020