Combatting human trafficking remains among the major human rights issues in Bosnia and Herzegovina. Recent reforms, however, kindle hope that the country is making progress towards a more effective anti-trafficking framework. The elimination of trafficking will still require that Bosnia improve prevention efforts by fostering greater collaboration among political entities and with civil society, a particular challenge given mounting instability.

Over 20 years have passed since Bosnia and Herzegovina made international headlines for human trafficking after allegations emerged that the same UN peacekeepers sent to promote peace and human rights in the war-torn country had in fact facilitated sex trafficking. While no longer attracting the same international attention as the UN peacekeeper scandal, human trafficking remains a salient issue and a threat to human rights in Bosnia. According to the most recent estimates by the Global Slavery Index, around 12,000 people in Bosnia live in modern-day slavery, which amounts to over 3 out of every 1000 Bosnian residents experiencing forced labor or forced marriage (Global Slavery Index, 2018).

Despite such prevalence, from 2017 to 2021, Bosnian authorities only identified 306 potential victims of trafficking. Moreover, the victims of trafficking are not evenly distributed within society, as most victims belong to vulnerable groups. The majority of those trafficked in Bosnia are women and in particular children, who account for 62% of victims identified by the government. Ethnicity is also a factor in trafficking demographics, since members of the Roma community are more likely to be socioeconomically disadvantaged and vulnerable to trafficking. Roma children are particularly prone to being exploited as beggars. There are also increasing concerns that migrants, an estimated 70,000 of whom moved through Bosnia from 2018 to 2020, could be increasingly susceptible and underreported targets of trafficking as migration flows through the Balkans to Western Europe intensify (Council of Europe, 2022).

The prospects for progress nevertheless remain encouraging. Recent developments in Bosnia’s approach to combatting human trafficking reveal initiative to move the country forward in the protection of human rights. Last year, the United States State Department, which publishes annual “Trafficking in Persons Reports” (TIP) for most countries, upgraded Bosnia to Tier 2 (out of four tiers) meaning that it “does not fully meet the minimum standards for the elimination of trafficking but is making significant efforts to do so.” This rating places Bosnia ahead of neighboring Serbia and on par with other Western Balkan countries for its anti-trafficking efforts (US State Department, 2022).

A recent report by the Council of Europe’s Group of Experts on Action against Trafficking in Human Beings (GRETA) released in June 2022 further details the reforms that have improved Bosnia’s anti-trafficking framework.

As the report indicates, Bosnia’s federalized system places most of the legislative burden for combatting human trafficking on its two constitutive entities – the Federation of Bosnia and Herzegovina (FBiH) and Republika Srpska (RS) – as well as the Brčko District (BD). These administrative units are responsible for developing the criminal codes under which most trafficking offenses fall. The RS recently took several steps to amend its criminal code and fortify its anti-trafficking framework, including adding a legal provision shielding human trafficking victims from prosecution for crimes committed under compulsion from traffickers. It also expanded its definition of trafficking by adding explicit mention of “servitude,” “forced begging,” and “other forms of sexual exploitation.” Additionally, the RS criminal code expanded the minimum sentence for child trafficking from five to twenty years (U.S. State Department, 2021).

Important reforms have also materialized on the national level. Coordination among different governmental institutions in preventing, investigating, and prosecuting human trafficking has emerged as a chief priority in reform efforts. Bosnia’s Strike Force for Combating Trafficking in Human Beings and the country’s Regional Monitoring Teams (RMT) were both restructured to include members from a range of governmental institutions, including the police departments, social work centers, educational institutions, and ministries of justice (Council of Europe, 2022). Efforts were also made to recruit activists from the Roma community to participate in anti-trafficking initiatives. In addition to increasing cooperation in combatting human trafficking, the national government implemented measures to streamline its anti-trafficking approach. For example, it recently established a new database centralizing data on trafficking victims while also creating guidelines for a standardized process to assist victims (U.S. State Department, 2021).

Despite advancements in addressing human trafficking crimes, Bosnia has stopped short of taking full measures to combat the issue. The TIP report, while acknowledging the improvements in the country, named several shortcomings that prevent Bosnia from attaining the “minimum standards for the elimination of trafficking” and moving up to Tier 1 on its rating system. Reform efforts have yet to yield a substantial number of prosecutions for trafficking, which have in fact decreased in recent years. Last year, not a single human trafficker was convicted in the territory of the RS and BD, and FBiH saw a dip in the number of traffickers convicted compared to the past year. Several of those convicted, moreover, received sentences below the mandatory minimum (U.S. State Department, 2021).

Insufficient resources and training impede law enforcement from properly investigating and prosecuting human trafficking cases. Sometimes the failure to proactively identify trafficking victims results in the prosecution of victims themselves for petty crimes committed under compulsion (U.S. State Department, 2021). GRETA’s report also highlighted under-utilization of NGOs as resources for cooperation as a point of weakness in Bosnia’s anti-trafficking approach (Council of Europe, 2022).

Abida Pehlić, President of Novi Put, the foremost anti-trafficking NGO in Bosnia, echoed criticisms that the government has overlooked the importance of funding and cooperating with NGOs despite the central role they play in combatting human trafficking. “NGOs are the ones who are working on the ground, so we know what is going on, we talk to victims, and we provide direct assistance for victims,” she said.

“We all, anti-trafficking stakeholders and actors, should really be part of one network or team, a coordinated effort, a streamlined effort to address the issue in a proper way, from all angles,” she added.

Pehlić remains concerned as well that strained political and economic conditions will hamper Bosnia’s anti-trafficking efforts. “Our main concern, to prevent human trafficking, is getting more and more difficult given the current political situation. This is not something new – the political tensions have been present since the war stopped – but now people are really desperate. They cannot get jobs, and even if they get jobs, they are underpaid, and they do not see any light at the end of the tunnel.”

In addition to increased vulnerability to trafficking caused by poor economic prospects, difficult political relations deter cooperation efforts between different state institutions needed to combat trafficking. GRETA’s report similarly emphasizes the issue of inadequate cooperation between RS and other government bodies and blames the “fragmented institutional framework of Bosnia and Herzegovina” for difficulties in achieving consistent and coordinated anti-trafficking efforts (Council of Europe, 2022).

The Path Forward: Towards a More Effective Anti-Trafficking Framework in Bosnia

The 2022 TIP report laid out several steps Bosnia should take to meet its standards for sufficiently combatting human trafficking. Among the recommendations are: to invest more seriously in identifying, prosecuting, and punishing trafficking cases; to expand assistance, legal protection, and restitution for victims; to increase funding and support for anti-trafficking NGOs; and to standardize procedures, including improving training throughout the judicial system, so that law enforcement, first responders, and judges properly handle cases (US State Department, 2022). GRETA’s report noted similar areas for improvement, with special emphasis on the need to provide victims with greater legal support as well as economic assistance and social inclusion even after they leave shelters (Council of Europe, 2022).

Such measures aimed at identifying trafficking cases and supporting victims, especially those which “offer potential victims proper protection, proper service provision, and a guarantee that their traffickers would be prosecuted and brought to justice,” are critical, Pehlić concurs. However, she stressed that “the most important thing is to be focused on prevention, to prevent people from becoming victims in the first place.” Until government institutions and civil society can build an adequate framework to address the conditions that allow human trafficking to occur – a substantial challenge given Bosnia’s political and economic turbulence – thousands will continue to suffer. 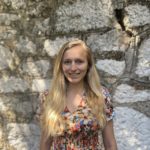 Fiona is a student at Stanford University pursuing bachelor’s degrees in International Relations and Classics with a minor in Modern Languages. She is particularly interested in comparative governance, political systems in heterogeneous societies, and how human rights norms degrade during conflict. Prior to Stanford, she developed an interest in human rights while researching civil-military interactions for NATO and investigating international human trafficking networks at a startup. Currently, she is involved in the Society for International Affairs at Stanford, where she has organized events covering a variety of global issues. She also has plans in the fall to participate in an exchange program at Koç University in Istanbul where she will continue studying the legacy of the Ottoman Empire. Her interest in the history and political dynamics of the region prompted her to come to BiH to explore how societies with significant religious and ethnic diversity can overcome political division and conflict.

Drawing inspiration from the Musicians Hall of Fame, Will Richard, an American, started the creation of the EX-Yugo Rock Center (EYRC) in Sarajevo. The aim of EYRC is to honor and celebrate Yugoslav Rock and Roll as well as the contemporary music scene in Bosnia and Herzegovina and the region.
January 9th, 2023

We Didn’t Have Much, but We Were Surrounded by Good People

We walk through life meeting people at every turn. We know that most are not there to stay, but each has a potential lesson to teach us about the world and about ourselves. There are those, however, who change the course of our lives forever. Those rare individuals who better your life, or even save it. Ordinary heroes. This is the story of a family of ordinary heroes who embraced my family and me in a time of need, and who love us for who we are despite the differences that may exist between us.
January 9th, 2019