A hundred years have passed since the first bullets were fired near the Latin Bridge. The century-long period saw numerous pits and canyons—and unmarked graves. In them, hundreds of thousands are “resting in peace”. They have names of mothers, wives, daughters, sisters, and brothers—but still, they remain unknown.

As the cannon barrels grow cold, a cloud of unrest hovers over the Balkan Peninsula. It has been like this since the shots heard near of the Latin Bridge in Sarajevo resounded throughout Europe, which was then ready to respond with heavy force and weapons that had yet to be tested. In his recently published novel I Shall Come One Day, Father, Bosnian author Edin Krehić explores the heritage of a family in which the red hot iron,i.e. war, decapitates families into which sons are born fatherless — they disappear, get killed or shot waging wars in the Balkans, and their loved ones end up never knowing where they were buried. A pattern emerges in which father and son experience the same destiny, and grandsons must wait for the DNA results that confirm the identity of their missing loved one.

Without knowing how many similar stories have been written on paper, there remains the rejoinder that life has written plenty in this corner of the world. A hundred years have passed since the first bullets were fired near the Latin Bridge. The century long period saw numerous pits and canyons — and unmarked graves. In them, hundreds of thousands are resting in peace. They have a name and last name, mothers, wives, daughters, sisters, and brothers—but still, they remain unknown.

In the year when Europe is marking the centennial of the beginning of the mass bloodshed — that emerged after a long period of peace —, nobody will remember to mention the mothers who —100, 70, or 20 years ago waved goodbye to their sons; nobody will mention the children, who at birth, were robbed of the opportunity to get to know their fathers; nobody will mention the orphans who were given a legacy of restlessness, instead of their parents’ warm embrace. Those mothers and children have their own internal calendars that remind them of their turmoil. But the dates significant to the severed families do not coincide with the dates on which officials deliver their speeches and interpret the past in a way that bears no significance for the ordinary person. The ordinary person — who merely inherited the restlessness — can only sympathize with his peers (and vice versa)—with those who live the history, and do not deliver great speeches about it.

How many graves are there a kilometer or two away from those pits, which have become the unmarked resting places of soldiers from World War I? The search for them has lasted almost a hundred years. Or they are not even searched for at all — they are stumbled upon when the cannon barrels are fired up once again. It is then, when looking for the newly dead, we find the old “resting places” of those whose identification will bring peace to no one. How many generations were given unrest as a heritage without even being aware of it? What religion does restlessness belong to? What nation? The founder and president of the Society for Threatened Peoples, Tilman Zuelch spoke to Al Jazeera Balkans about the restlessness of those who leave this world. He talked about his fellow countrymen who had spent their lives waiting for their loved ones to return. Indeed, they never lived to find their peace — they took their restlessness with them into eternity. Zuelch’s voice bore the same grief-sorrow-injustice we have been listening to in Bosnia-Herzegovina for two decades now. Prior to that, these feelings were only whispers. History records those whispers.

Nowadays, the news abounds with stories of turmoil and unrest. However, there are but a few resting souls who have been identified.  Four years ago, the remains of people who were killed in World War I, World War II, and the 1990s Balkan wars were found in Lake Perućac. Amor Mašović, the President of the Commission on Missing Persons of the Federation of Bosnia-Herzegovina, said that the Drina River is the biggest mass grave in the Balkans. If that were true, how many resting souls would it unearth?

Half a year ago, the biggest mass grave in Europe since World War II — Tomašica near Prijedor — was unveiled. Two hundred unidentified remains were found, after they had lain hidden for twenty-one years. Alongside that discovery, it was rumoured that there were other, even bigger mass graves in that area. The unrest in Prijedor found its way into the poetry of Darko Cvijetić from Prijedor. He wrote about mass graves that were never found, about the pain of those who were lost. “In a mass grave/never found/governesses are ironing shirts/all over again.” Through his verses, Darko has offered repose for every generation that inherited unrest. At the same time, he puts forth accumulated emotions of restlessness and disquiet, which he imparts to future generations, so that his verses might serve as reminders.

The wars themselves have been counted in the history of the Balkans, but nobody knows exactly how much unrest they have left behind. What is known is that there are currently eight thousand missing persons from the latest war in Bosnia. How many people are still missing from World War I? These statistics have never been of any interest to anyone, since laying bare the facts about war casualties would be unpleasant in some solemn speech delivered at the anniversary of the first or any other war. 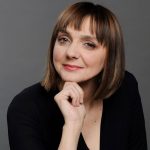 Saida Mustajbegović is a sociologist and journalist who spent most of her professional engagements in the daily newspaper Oslobodjenje and the weekly newspaper BH Dani. She has collaborated with numerous magazines in Bosnia and Herzegovina and Croatia, and published prose. In recent years, she has been working mostly on legal and social analytical projects and research.

Young entrepreneur Slađana Palikuća tears down prejudices about being a barista, which is often thought to be a man’s job.
November 23rd, 2021