There was a moment of risk that occurred that was great enough to become a measure of humanity. Đoko made a sacrifice…for you, for me, for those sons and daughters waiting for their fathers’ return. A moment of risk for a man that neither you nor I will ever know, which marked an era of humanity.

Guided by words uttered by Charlie Chaplin in the movie “The Great Dictator,” in which he explains the paradox of human advancement, I have written an essay on human duty that is solely dedicated to bringing back the spirit of togetherness.

A story from the period of war in Bosnia and Herzegovina about Smail Ribić and Đoko Stevanović, which serves this purpose, provides a true example of humanity.

Smail’s family fled to Germany before the Serbian army occupied the city of Brčko. He did not leave with them, and was soon convinced that this was a mistake. Realizing that things were becoming unsafe and threated one’s very existence, he started planning his departure. Đoko Stevanović stepped forth to try and help him.

Smail Ribić was a Bosniak (Bosnian Muslim) and Secretary of the Party of Democratic Action (SDA) of the Brčko Municipality. Stevanović was a Bosnian Serb and a representative of the Serbian Democratic Party (SDS) in a village near Brčko.

Ribić contacted Stevanović to help him carry out his departure. Despite being part of the Serb Army, Stevanović had managed to transport several Bosniaks to safety. The plan was to transport Smail over the border and let him continue to Germany on his own. Đoko would then immediately return to Brčko.

However, people at the border had their own plans, which did not include transnational cooperation. Đoko and Smail knew this, but decided to try anyways.

Because of his name, Đoko had no problems at the border, Smail, however, wasn’t so lucky. There was a very different set of problems associated with crossing the border at that time than there are today. Then, luggage was insignificant. Instead, it was your name and ethnicity that was under investigation, and the penalty could be your life.

There was a moment of risk that occurred that was great enough to become a measure of humanity. Đoko made a sacrifice…for you, for me, for those sons and daughters waiting for their fathers’ return. A moment of risk for a man that neither you nor I will ever know, which marked an era of humanity. Đoko’s sacrifice was made in the hopes that a new time would arrive, a time when we would not forsake ourselves nor run in fear, because for Đoko, who was he if not a man that would stand and defend the innocent?

It was this day that Đoko and Smail were captured at the border, forced into handcuffs, brutally beaten, and taken to the Luka detention camp in Brčko. They were shot in the head. Executed. One for wanting to live, the other for believing the first deserved an equal right to live.

Many men and women were imprisoned in the Luka detention camp in Brčko. They were tortured, beaten, sexually abused, and some did not survive.

Bitter are the words of war, but the story of Đoko and people like him should find their place in this mournful present. 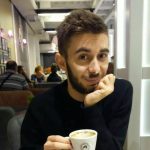 The Scars of Transition: Opportunities for Coexistence

Tuzla, an example of multiculturalism in Bosnia-Herzegovina, does not experience issues related to national identity as much as other areas, but this merely raises more questions. “Why is Tuzla not progressing despite such an advantage?” Mirza Haličević reports.
January 26th, 2015

Shutting Down Kratkofil: A Lonely Summer in Banja Luka

An important topic among cultural circles in Bosnia and Herzegovina has been the shutting down of the short film festival “Kratkofil Plus”. The Banja Luka festival, which has successfully brought together numerous filmmakers and movie lovers for nine consecutive years, will no longer be held.
April 24th, 2017