Renowned photographers from across the globe will gather in Sarajevo from 9 – 11 May to share their expertise and insights as part of the 2019 Festival of the Image. Organized by the VII Photo Agency and the VII Foundation (VII/F), the three-day festival is an educational event that will celebrate photography and visual journalism through a series of panel discussions, film screenings, portfolio reviews, and workshops.

PCRC sat down with Agency member Paul Lowe, an award-winning photographer responsible for documenting the Bosnian war and its aftermath, to discuss VII’s work and the upcoming Festival.

Today, the VII Agency is considered one of the world’s preeminent, photographer-owned media agencies. A collective of 29 visual storytellers, VII was established to use the power of images to tell important stories, amplify voices, and address complex political, environmental, and social questions facing populations worldwide. From issues of identity, race, and gender to migration, conflict, and post-conflict transition, VII photographers and filmmakers are dedicated to making an impact on global narratives. Shortly after the VII Agency was established, founders Gary Knight and Ron Haviv also recognized that media funding for long-term projects was diminishing and, thus, made the decision to set up a sister association called the VII Foundation (VII/F) – an independent non-profit with a mission to secure the support necessary to continue the production of works such as those produced by the VII Agency.

From Iraq and Syria to the US and Sudan, the VII Agency and VII Foundation members have covered stories from across the globe, but one of the strongest connections they’ve made is with the Balkans and with Bosnia and Herzegovina (BiH), in particular. Lowe explains that these powerful ties come as a result of the relationships established by the organization’s founding members, who all covered the Bosnian war of the 1990s. Their experiences during the war have brought them back to the country time and time again to continue their journey by capturing the essence of war’s aftermath and BiH’s post-conflict transition. Through uncompromising documentary photography, high-level journalism, and other multimedia endeavors, Agency photographers have been empowering local voices, narrating important stories, and elevating issues “above the cult of the image”.

In addition to their commitment to making an impact on global narratives, VII members are also dedicated to supporting media makers worldwide and promoting photography and photojournalism as tools for shaping public discourse. That is why, now, the VII Foundation and the VII Agency are preparing to launch their new educational counterpart – the VII Academy, which will serve as a permanent base in the Balkans to host upcoming projects and events, including the Festival of the Image. Lowe explains why BiH’s capital city provides the perfect base for the Academy and will serve as an ideal host for the upcoming Festival; “Sarajevo is a city that acts as a focal point – a place where East meets West – and its rich heritage and melting pot of cultures lend to its truly unique and fervent spirit.”

With the majestic Sarajevo mountains as its backdrop, the first-ever Festival of the Image promises to offer something innovative and inspiring to its attendees. First, the Agency’s latest film and photography projects will be showcased, and participants will have the opportunity to hear from and interact with the projects’ creators. Second, not only will the Festival showcase the important work of the VII Agency but will also provide a platform for discussing issues facing the media, photography, and journalism in the Balkans region and beyond. Guests from Belgrade and Zagreb will share their perspectives on issues such as the roles of gender, media, and art in post-conflict societies. Additionally, a series of interactive workshops is also planned and will include “No Man’s Land”, which will highlight women’s unique perspectives in the fields of visual journalism and the arts and foster discussion about the challenges facing female photojournalists and how to overcome them. Another workshop, “After the Image”, will address the critical period between the end of a photographic project and its final publication. Some of the topics the workshop will explore include the editing and curating of works, the processes behind book and exhibition production, creating a cohesive narrative, and identifying audiences.

In addition to these planned activities, VII has partnered with the Post-Conflict Research Center (PCRC) to support a group of young Bosnians from across the country who will be taking part in a multimedia training to become youth correspondents for PCRC’s Balkan Diskurs news platform. VII photographers will instruct the up-and-coming media makers on a variety of photography techniques and will offer them the chance to attend the Festival. Following the training, PCRC and VII photographers will serve as mentors, helping the new youth correspondents to further develop their skills in the field and produce specialized content that tells the stories of their communities.

Through the VII Academy in Sarajevo, VII is hoping to build a long-term commitment to developing the idea of photography and visual literacy, not just at a professional level, but also among the general public and youth as a powerful tool to amplify voices and bring important issues to the forefront.

To register for the Festival and find out more about the program of activities, visit: https://theviifoundation.org/ 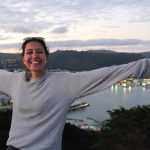 Originally from Greece, Paraskevi has lived in Austria and studied in the UK, where she graduated from the University of Edinburgh with a degree in Politics. Her interests focus on the areas of conflict prevention, peace, development and the role of media in shaping political discourse by challenging traditional narratives. Her undergraduate thesis explored peace and war journalism frames in the coverage of the U.S. – North Korean nuclear crisis.