This story is about people, from a small town in central Bosnia, making an effort to provide children with disabilities the support they need to grow up, receive a proper education, and socialize.

Adisa Mahovac founded Mala Sirena (Little Mermaid) Association in 2012, with a mission to make children with disabilities equal members of society. In Zavidovići, she’s also a professor of English Language and Literature, and a mother. Mala Sirena began as Adisa, the mother of a child with disabilities, battled a system that did not provide any support to the development, education, socialization and rehabilitation of these children.

“The activities we provide are unique and do not exist anywhere in our canton, maybe even in the entirety of BiH,” said Adisa. “These include defectological and lapidary treatments, and neurofeedback therapy (a therapeutic method of changing specific patterns of brain activities that helps regulate attention disorders, mood swings, etc.). We also offer psychologist services and a legal service.” With the support of USAID, among other funders, Adisa is able to provide all treatments and services free of charge, even advanced treatments like sensory integration that require special sensory rooms.

Since 2012, Mala Sirena has done a lot for children with disabilities, and in their families, in Zavidovići. They began providing teaching assistants to all the elementary schools in the municipality, as well as custom keyboards and laptops to help these students can follow classes without hindrance or difficulty.

The association also opened an inclusive kindergarten for the younger kids. It’s open five days a week and has three permanent employees. The kindergarten is open to all children, giving children with disabilities a unique opportunity to socialize and learn with their peers.

Unfortunately, when they started, the municipal and cantonal authorities didn’t pay much attention to the degree of vulnerability of these children, nor did they provide adequate support to the work of the association.  Since it’s estimated that, in BiH, 6.5 percent of children between the ages of have some form of disability, many remain left out.

‘‘They [the government representatives] often get angry when I, or the people in my team, tell them that they could have helped us more and that we still need help,ˮ Adisa says. She explained that they’ve been struggling for years, without success, to try and convince the municipality to let them use a suitable place where they could work properly. Most of the funding for the association, which cares for 90 users and employs 15 people, comes from international donations, projects, memberships and some personal donations. Adisa, however, is optimistic and believes that the biggest challenges have been overcome since they received the support and trust of the parents and the families of disabled children.

“I came up with the idea of driving these children when I saw just how many cases of struggling families there were over the four months I worked. I thought to myself; how can I, as an ordinary citizen, help them and make their lives a little easier,” explained Haris. Most recently, Haris started receiving gas donations for these rides from Elvir Omerović, the owner of a local gas station in Zavidovići.

Mala Sirena will launch a new building project in the coming period that they hope will operate smoothly because, as they say, their users deserve it.

While statistics on the number of children with disabilities in BiH are only partially available, there’s absolutely no data on the quality of their lives, which means their social and educational conditions are completely unknown. Most initiatives to help and support these children remain at the level of local communities and the good will of the people, such as Adisa, Haris and Elvir, who want all children to have access to guaranteed rights to life, education, and all the other preconditions of a happy childhood.

This article is part of a series about the challenges faced by Bosnian children with special needs and their families. To begin at Part I of this series, click here. 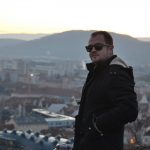 Graffiti in the Name of Art or Hate?

Graffiti is a type of written or painted message, usually in response to the state of society. It encourages people to further their creativity and originality through creating pieces that few can ignore, regardless of whether the graffiti is positive or negative in nature.
February 1st, 2016

Thousands of documents, photographs, manuscripts and books, which testify to the centuries-old existence of Bosnian-Herzegovinian medieval tombstones (stećak), are part of the cultural wealth preserved by the ‘Stećak’ Foundation. Although its founder Senad Šabović has been dealing with Bosnian tombstones, as a national treasure of Bosnia and Herzegovina, for ten years, the Foundation started working …
November 25th, 2022