Coffee is a very important beverage in Bosnia and Herzegovina. Good and bad news, new and old acquaintances – these are all reasons to drink coffee. The importance of this drink as a part of the social life of our society is attested to by coffee roasting shops, whose aromas carry far.

One of the main associations with coffee in the Bosnian and Herzegovinian society is the invitation to socialize or ćeif – a deep satisfaction or feeling of enjoyment. We very rarely say “let’s have a chat.” Instead, we generally say “let’s go for coffee.”

“Coffee is a symbol of interaction, conversation, a symbol of socialization in our society, both at home and in public. Coffee is somehow always socially implied. These are all sociological and cultural phenomena,” said Dr. Sarina Bakić, who teaches at the Department of Sociology in the Faculty of Political Science at the University of Sarajevo.

Coffee is often an artistic inspiration. For example, we have a theatrical play performed in National Theater Mostar called “Ajmo na fuka” (“Let’s go for a cup of Joe”). There is also the song “Fildžan viška” (“An extra coffee cup”), by the band Zabranjeno pušenje, which speaks of our custom of always leaving an extra fildžan, or cup, of coffee for anyone who might just happen to drop by.

Commonly, when people miss someone or haven’t seen someone for a long time, they say that they really miss drinking coffee with that person.

“Coffee has an intimate aspect, an intimate atmosphere, and an atmosphere of mutual trust, friendship, and love,” said Dr. Bakić, emphasizing that the taste and smell of coffee always contain some element of memory and remembrance.

Coffee originated from the Ethiopian province of Kaffa. It isn’t known when exactly it was discovered, but there is a legend about the Ethiopian shepherd Kaldi, whose goats grazed on a bush with red berries and became very lively afterwards. Historical accounts say that the famous French writer Honoré de Balzac drank 20 to 30 cups of coffee a day.

The most popular drink in the world

According to the World Health Organization, about one and a half billion cups of coffee are consumed in the world every day.

Coffee is widely consumed in Bosnia and Herzegovina. Morning and afternoon coffee are practically mandatory, but people also often drink coffee at all hours in between, as well as in the evenings. Traditional Bosnian coffee is especially popular and goes by a variety of different epithets including “homemade,” or “Turkish.” There are even names for coffee depending on its function, such as dočekuša (for entertaining guests), sikteruša (a subtle hint that it’s time to wrap things up and guests should take their leave), and razgovoruša (to encourage socializing and conversation) – just to name a few. It is made in a džezva, a pot with a handle, and often served in traditional restaurants with rahat lokum, or Turkish delight.

Coffee during the war

Džemal Halilbašić is a ‘coffee house native’ of Sarajevo’s Baščaršija, who has been running a coffee roasting shop for 32 years. He explained to us that there is mljevena kafa (ground coffee made in a coffee grinder) and tucana kafa (made with a large mortar and pestle). “Tucana kafa was beaten by hand in a ‘Dibek’ with a mallet, that is, it was beaten and sifted, and now we have a machine that we bought from Izmir [Turkey] that beats and sifts. We have the same type of coffee, only another way of processing it, which is grinding. We also have a stone mill which grinds coffee,” describes Halilbašić, showing us his mill.

Halilbašić emphasizes that coffee is very important because people love it and like to drink it.

“Bosnian coffee is very well known and recognizable as good, and there are different names such as dočekuša, sikteruša, razgovoruša. It is also very important at gatherings. We call that coffee razgovoruša, while sikteruša was a sign to leave,” explained Halilbašić.

For him, drinking coffee is a way to talk to his friends and relatives. “We exchange information, learn about new things and everyday events in society. Everything is nicely arranged with coffee.” Halilbašić went on to add that people even drank coffee during the war, when it was very expensive.

Today, coffee roasting shops are slowly disappearing. Coffee in the markets is much cheaper, coming with a variety of additives which are widely advertised and thus capture the attention of coffee drinkers. However, the production of quality coffee will be continued by Džemal’s son Tarik, who has been acquainted with the work for many years. What is certain is that they will continue to please the palates of domestic and foreign customers for whom, in the company of their loved ones, they will turn their aromatic coffee beans into a delicious beverage that will be fondly remembered. 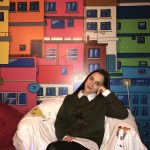 Nejla is a trained Balkan Diskurs correspondent from Sarajevo. She is a student at the Faculty of Political Science in the Department of Social Work. She is currently a volunteer at the Association for the Prevention of Addiction NARKO-NE.

Music, Art, Theater and Culture: Rising Above Nationalism in Mostar

As long as they continue to work together to create music, works of art and culture, and theatrical performances, they will bring back the real “Mostar identity” – an identity that belongs to everyone.
June 15th, 2016