Noise data from Western Balkans are much higher than the health recommended guidelines. However, noise pollution is perceived as a “first world problem”, with no concrete measures being taken against it, while citizens worry about the deterioration of their quality of life.  “Due to excessive noise, I can say that I have damaged my hearing …

Noise data from Western Balkans are much higher than the health recommended guidelines. However, noise pollution is perceived as a “first world problem”, with no concrete measures being taken against it, while citizens worry about the deterioration of their quality of life.

“Due to excessive noise, I can say that I have damaged my hearing to some extent,” said Adem Čizmo, a 28 years old male from Sarajevo, who has lived his whole life next to the main city road, which is also crossed by a tram line: “From the early hours of the morning, we would be woken up by the noise of these vehicles, as well as the violent banging and vibration of the existing tracks”. Although not an expert, he assures us that “our railways are, to put it mildly, outdated and in very bad condition”.

The same experience was shared by Jovana K., who was born and raised in Belgrade’s Kralja Aleksandra Boulevard. Albeit annoyed, she never worried much about the noise of trams running along the boulevard because it had become a part of her quotidian life. It was only after the birth of her first child a few months ago, when Jovana started “googling” more about noise. She was quite shocked to find out about its harmful impact on the health of her little one.

Citizens blame the old infrastructure of the transportation system in their cities, as well as the fast urbanization and industrialization close to the living areas, as common denominators for the noise levels.

Sara S., who left her small town to move to the capital for her studies, says that noise in Belgrade is unbearable. “If a person is hypersensitive, or even just a little sensitive, sleep problems become more and more frequent due to the noise”, explaining that the constant loud noises coming from outside disturb her while she is working from home, adding stress to her routine.

What exactly is environmental noise pollution?

According to the European Parliament’s Directive 2002/49/EC, the definition of environmental noise “shall mean unwanted or harmful outdoor sound created by human activities, including noise emitted by means of transport, road traffic, rail track, air traffic, and from sites of industrial activity”.

For the World Health Organisation, noise pollution is “an underestimated threat that can cause a number of short- and long-term health problems, such as for example sleep disturbance, cardiovascular effects, poorer work and school performance, hearing impairment, etc.”

In the light of the EU accession progress, candidate states need to comply with several requirements, where at the very bottom of the baseline for adequate monitoring stand the development of noise maps, strategies and action plans against noise pollution.

Anes Podić, from the Bosnian environmental NGO ‘Eko Akcija’, believes that the biggest problem is that existing laws and strategies are not implemented in practice and that their implementation could solve environmental problems. “The problem, as usual, is in the inspections. Our inspections are poorly equipped in staff and materials. We don’t have an environmental protection agency, and when you report a noise problem, the inspections hire private companies that then do the measuring. We have had unpleasant experiences with the results of such measurements. Unfortunately, I guess, private companies in order to survive on the market, will issue the results that are required and then noise is never a problem” – Podić explains.

The main causes of noise

Heavy traffic is the biggest and the most underreported polluter. It hardly ever occurs for citizens to call the authorities and report about the noise of the traffic being too loud. The reason is quite simple: there is no one to blame for it.

According to the official answer we received from the Municipality of Tirana, “it results that the equipment and machineries that generate most noises in the environment include: electric generators; bar’s aspirators; air compressors [in] tire repair [auto] shops; water pumps for industrial capacity in buildings near inhabited urban centers; pneumatic hammers/pneumatic rock drills, excavators, cranes, pumps [in] construction sites; pneumatic hammers, drills and manual construction tools in the reconstruction of houses; pumps in car wash; concrete saws and wood cutting saws”.

The same thing was reported from the Secretariat for Environmental Protection of the City of Belgrade, which had received the largest number of complaints about the noise coming from night clubs.

An infamous case was recorded in Belgrade when inhabitants of Cetinjska street took the case to the European Court of Human Rights in Strasbourg, after the local authorities did not do enough to address their continuous complaints about the unbearable noises coming from the nightlife in their district.

During our field investigation, we tried to measure the level of intermittent noise during daylight in Belgrade, Sarajevo, Tirana, Podgorica, Skopje and Prishtina, only to discover that the numbers are almost twice higher from the normal levels that WHO recommends, which vary around “30 decibels in bedroom during the night for a sleep of good quality, and less than 35 decibels in classrooms to allow good teaching and learning conditions”.

It is important to emphasize that we performed the measuring as ordinary citizens, by using a handheld sound meter device DSL-333 Tecpel.

The official methodology for measuring noise levels follows very strict protocols from trained professionals. In Serbia, for example, a special permit and special equipment is required.

However, measuring noise should not be carried out by professionals only. Every reader can be a fact checker by measuring the noise in their living areas with certain decibel meters apps you could find for free on the app store of your phone.

Table showing the data gathered by the journalists during their terrain work in the respective cities.

We did not receive information from the institutions of the city administrations of Sarajevo and Skopje on whether and how often they measure and monitor noise levels in their cities.

In an interview for Vreme magazine, Ivana Jovčić, the executive director of the Center for Environmental Improvement in Belgrade, explained that some studies show that for a third of the residents in big cities, noise “accelerates aging and shortens life“. Constant noise “exceeding 55 decibels“, leads to “insomnia, nervousness, irritability and cardiovascular problems“. According to official data obtained from the city of Belgrade, constant noise in most places exceeds the stated threshold of 55 decibels.

Investing in sound-proffing building facades and windows that muffle the noises coming from outside could be a quick fix, but it does not address the root of the problem. Different countries are solving the problem by installing low noise asphalt on the roads, as well as through the usage of quiet tires and quieter engines for the vehicles of the public transportation. Expanding their transportation infrastructure with electric vehicles, promoting cycling and the expansion of pedestrian areas, as well as the expansion of green areas in the city center are seen as longer term solutions.

The problem is present but the political will is still lacking. The real solution should come from the authorities by implementing the laws and by putting their environmental protection strategies into practice.

This article was developed with the support of Journalismfund.eu. 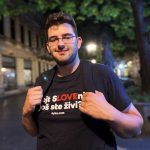 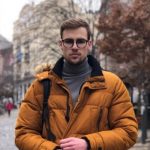 Filip has a bachelor's degree in International relations from the Faculty of Political Science. His first experience in journalism was in Agencija Beta. He was a project fellow at UNS research. He attended CINS School of Investigative Journalism in 2021. He is the winner of the scholarship of the Nedeljnik Vreme, for which he is currently writing. 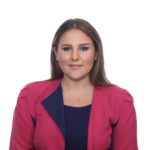 Ilda Kurti is a young journalist from Albania. She has a background in humanities and social sciences. She was a participant of BIRN’s Traineeship for Young Journalists in Western Balkans in 2020. Since then, she has continued working as a freelance investigative journalist, reporting on matters of corruption, transitional justice and human rights violations in Western Balkans. Ilda was an ERMA Alumna (2019-2020) and she is currently studying at University of Sorbonne in Paris.

The Balkans: An Abode of Unrest

A hundred years have passed since the first bullets were fired near the Latin Bridge. The century-long period saw numerous pits and canyons—and unmarked graves. In them, hundreds of thousands are “resting in peace”. They have names of mothers, wives, daughters, sisters, and brothers—but still, they remain unknown.
August 27th, 2014

Gender-based violence has become a common phenomenon in our society and a problem usually not approached in time. Unfortunately, many victims are afraid to express their thoughts and emotions openly and publicly. Victims’ stories often do not see the light of day; they remain a mere number in the statistics on gender-based violence or a name and surname on death certificates.
December 10th, 2021