Azra Dedić was born in Bihać, the second child in the family. When she was born during the war years, her mom gave birth to a baby with Down syndrome–to whom she gave all her love and attention. Now twenty-four years old, she’s known to the public as a European Judo Champion, and is so much more. She’s the golden girl from Una, as many call her dearly.

Azra has never felt different. She could only be special, which is what everyone who knows her claims her to be. She receives the greatest support from her family – her parents and brother, to whom she is always grateful. ‘‘My mom, dad and brother, and later my sister-in-law and my little cousin, who took a special place in my heart, have always supported me in everything. Aunts always love the most,” Azra claims.

She is remembered for her gold medal

The story everyone knows, and writes, about her is a sports story that began twelve years ago. It was then she first showed an interest in, and eventually love for, judo. She began training at the “Una Judo Club” in Bihać, where she remains a member to this day. Over the course of those 12 years, seven coaches have contributed to her story, she says, and all are responsible for her success.

‘‘My club is my second family. That’s where I found myself,’’ said Azra.

Azra competes in the 63 kg category. In order to stay in good shape, she must keep an eye on her diet, especially during periods of intense training to prepare for a competition. She trains three times a week, accommodating both business and private obligations.

However, Azra Dedić is not only an ID-Judo champion (special needs competition), but also the first person with Down syndrome who got employed in the country. After successfully completing her elementary and high school education in her hometown, Azra got a job at a cosmetics shop in Bihać. Still, she did everything in her own style: ‘‘My employer has a big heart. He always gives me leave from work,’’ Azra says, thinking of all the absences from work.

Azra went to Slovenia for her first judo ID contest in 2008, where she finished second. She won a gold medal two years later in the same country. Since then, she’s won many tournaments (often in Italy–her good luck charm), and placed third at the World Championships in Cologne. Finally, she won the European Championships in Cologne, which made her visible to the whole Balkans and beyond.

Her gold medal came with many new commitments. ‘‘There were a lot of awards and trips. I still haven’t rested’’, she says.

From painting to Judo

Her first love, however, was not sports but painting. She finished art high school in Bihać as an excellent student, and enjoys painting still lives the most. Though she fell in love with sports later, Azra hasn’t neglected painting; many of her paintings adorn the walls of her family home. Azra says she loves donating her work too.

Nor did Azra neglect school when she started training. And she shouldn’t have, since, she says, training was after school and she had to maintain good grades in order to continue training.

‘‘There was a bit of you’re a girl, you can’t do all of that,’” but Azra overcame the obstacles. ‘‘I’m not used to losing, I’m skipping over all the walls,ˮ she said with a smile.

Every story has two sides

‘‘I was just a girl who was bored being stuck in her home. That was when, even though I wasn’t actively looking for a job, I suddenly got one. I immediately accepted the job offer. My family supported me and they believed that I could do it,ˮ Azra said.

She doesn’t mind that everyone remembers only for her last competition, but she loves when people are aware of other things about her. ‘‘I have yet another family called Radio-television of Una-Sana Canton – RTV USK; they have been following my successes from the very beginning. My first interview always goes to them,” she points out, adding that she is proud that some journalists also received journalist awards for the articles and films they made about her.

‘‘I have no love other than sports and I will not have one ever, I will not allow it,’’ says Azra. Her days (when she has no obligations and doesn’t have to wear make up in front of the cameras) consist of listening to music, resting and, more recently, playing with her little cousin who, she says, won her heart.

Meeting her favorite singer – Marija Šerifović – brought great joy. ‘‘After my return from Cologne, I was told to go to Sarajevo for a press conference,” said Azra. “I was relaxed when I met the federal minister of sport who fulfilled my life’s wish. I didn’t know they brought Marija there. I thought my heart was going to pop out when I saw her. ‘‘I hugged her and said, ‘Marija, you’re a legend!’, to which she replied, ‘Azra, you’re a queen!’”

She says that it was a life-changing encounter. ‘‘Marija is amazing,ˮ she says. During that encounter, she even had the opportunity to sing together with Marija.

Azra makes the most out of her free Sundays, and always strives to make them productive and to visit the people dear to her. Although strong and courageous, Azra also cries sometimes. She said she only cries when people are cruel, and added that her faith in God gives her all the strength she needs.

‘‘I like people to look at me as ordinary, because that’s how I act.ˮ

All this, and much more, makes Azra who she is. She is plain but special, shining and radiating with good energy–and is an inspiration to many. She’s happy that many people know her and appreciate her, but especially glad that she is equal with everyone and that she has never been confronted with prejudice or negative comments.

When she won the Athlete of the Year in Bihać in 2019, Azra received a special recognition: a cup and a gift certificate for her contribution to the sporting section of the city. After that, she received another award from the Una-Sana Canton – for her contribution and sporting results over the past year. And the latest in the series of awards was in Sarajevo: at a ceremony for the most successful athletes and teams in BiH, Azra received recognition for her results.

‘‘Don’t give up, ever. Follow your dreams and desires because everything is possible!” concluded Azra. 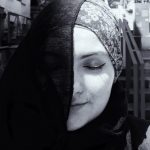 Amila is a trained Balkan Diskurs youth correspondent from Bihać. She is 22 years old, and a graduate professor of Bosnian language, literature and history. She also works as a journalist for RTVUSK, and as a correspondent for Karike magazine. She has written for several local portals, collaborated with several media outlets on various stories, and attended many trainings related to journalism.

Real Voice of Journalism: Report on the state of media freedom in 17 local BiH communities

The Post-Conflict Research Center (PCRC) officially presents its research on the state of media freedom in 17 local BiH communities.
May 19th, 2018