The messages and emotions that I broadcast through my music are connected with dreaming and loss, and are ultimately a critique of society.

Dino Aganović, known professionally as “Hibrid”, is a dynamic and cutting-edge music producer from Sarajevo. Hugely popular, he has produced many songs, as well as videos and an album, since starting his career as a DJ aged only 16. All well-known and talented musicians know how to use music as a platform for expression and creativity. What is unique about Dino is that he likes to let his listeners define his music instead of describing it in his own words.

“Everyone has a different hearing sense and that is what makes music unpredictable,” he says.

Dino’s music has been evolving since he started, from club and dance styles to his current transition to ambient music that’s “more for a chilled-out atmosphere”, as he puts it.

“The messages and emotions that I broadcast through my music are connected with dreaming and loss, and are ultimately a critique of society.” As for the future, he’s looking towards abstract dance and motion. Dino is always ready for new challenges. He has been incredibly active in the worldwide music scene and has played across Europe, including in Croatia, Serbia, Greece, and the Netherlands. His ambition is unstoppable. In 2014, he started his own digital publishing house – “Submarine Vibes” – and has backed over 150 artists, 60 editions, and 80 mixes, at more than 30 events across Europe. He treats every collaboration as unique and special.

Inspiration comes from all directions, but especially from Sarajevo, where Dino spends most of his time. Here, he gets inspiration from local music, while his tracks are lapped up by Bosnian fans. With the launch of a new label – “Submarine” – his new goal is to promote the experimental art scene in Bosnia and Herzegovina. The experience of violent conflict followed by the political, economic, and societal fall-out, might lead some to think Bosnia and Herzegovina would be a tough place for a music career. But Dino is not pessimistic. He believes there is plenty of infrastructures, role models, and inspiration to successfully promote the potential of musicians in the country.

“With effort and hard work, anything can be achieved. It is important to focus on yourself, to educate yourself, in terms of both creating and marketing your music.”, he says.

“The road is difficult, so I would advise all young musicians that love what they do to constantly seek new opportunities, new acquaintances, and potential collaborators.” 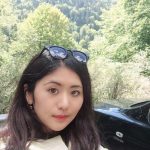 Hoyumi is originally from Japan and has lived in London and California among other places. She holds a Bachelors of Law degree in International Public Policy, as well as Masters in Conflict, Security and Development. Previously, Hoyumi has worked as a management consultant and has provided project management services to several Forbes Global 500 clients. Having always been interested in human rights and peace building, she has decided to switch her career focus towards research and policy initiatives.

Jess Kuntz speaks with Thomas Mesa, Acting Deputy Chief of Mission, about the US Embassy’s work in Bosnia-Herzegovina.
June 4th, 2014