More than 50 young people from Bosnia and Herzegovina, Europe and the world tied scarves and shawls on both sides of the path that connects the Srebrenica Memorial Center and the graves of Srebrenica genocide victims, creating an art installation entitled „Mother’s Scarf“ to pay tribute to the mothers and women – the heroines of Srebrenica – and their long-standing fight for justice and truth.

Scarves and shawls were donated by women from Bosnia and Herzegovina and around world, from as far away as Cuba and Kenya, at the initiative of the Post-Conflict Research Center (PCRC), the Srebrenica Memorial Center and the Movement of Mothers of Srebrenica and Žepa Enclaves. The path leading from the victims’ cemetery to the Srebrenica Memorial Center was lined with row upon row of marame, or scarves, which were officially unveiled on July 10th as part of the commemoration of the 27th anniversary of the genocide in Srebrenica.

During the official opening of the Mother’s Scarf art installation, several scarves were tied together by the mothers of Srebrenica together with Alice Wairimu Nderita, United Nations (UN) Special Adviser on the Prevention of Genocide, Kathryne Bomberger, Director General of the International Commission for Missing Persons, Tali Nates, founder and Director of the The Johannesburg Holocaust & Genocide Centre, Dunja Mijatović, the Council of Europe Commissioner for Human Rights, Annick Lacroix, Vice President of the Paris Committee Mothers for Peace, as well as other experts from different fields from Bosnia and Herzegovina and the world, who attended the international „Srebrenica Heroines“ conference.

„Srebrenica Heroines“ was a day-long event that brought together experts, policymakers, activists, and local community members to honour the victims and survivors of Srebrenica and to emphasize the important role of women both during the war and in post-conflict peacebuilding.

Scarves were selected by the Post-Conflict Research Center, the Movement of Mothers of Srebrenica and Žepa Enclaves, and the Srebrenica Memorial Center as the medium of choice because of their cultural and religious significance to women not only in Bosnia and Herzegovina, but all over the world.

Advocates of peace and care for loved ones

Munira Subašić, President of the Movement of Mothers of Srebrenica and Žepa Enclaves association, emphasized that the scarf is a symbol of a woman, explaining that some wear it around their neck, while others cover their heads with it. Subašić made sure to point out that „the headscarf is particularly a symbol of Bosniak women who carried the burden on their backs both during and after the war.“

The burden that Subašić refers to is two-fold. First, often in the absence of husbands who were lost to the conflict, many of the women of Srebrenica continued to care for loved ones in times of remarkable violence and insecurity during the war. „They kept their communities running by working in factories, helping refugees, organizing humanitarian initiatives, and fighting to secure an education and brighter future for their children“, explained Subašić.

Second, many of these women became advocates for peacebuilding following the conflict. Important sites of commemoration such as the Memorial Center and the common graveyard for genocide victims would not exist without the efforts of women such as Subašić. Without the mothers of Srebrenica, it would not be possible to ensure sentence for the perpetrators of genocide and other crimes. Farther afield, many of the Mothers of Srebrenica have traveled to The Hague to testify at the International Criminal Tribunal for the Former Yugoslavia (ICTY), with some having gone multiple times. In doing so, they have made essential contributions to peacebuilding by telling the truth about the atrocities of Srebrenica, helping to bring war criminals to justice, and together with women of Eastern Bosnia influencing international law related to sexual violence in conflict.

Amina Sejfić, Project Manager at the PCRC, explained that “without the Mothers of Srebrenica, justice would not be achieved.” She also pointed out that despite their importance, „these women are not acknowledged by the state as much as they should be for their contributions to peacebuilding.“

The “Mother’s Scarf” installation, the accompanying exhibition and publication, and the “Srebrenica Heroines” international conference were designed by the Post-Conflict Research Center, the Movement of Mothers of Srebrenica and Žepa Enclaves, as well as the Srebrenica Memorial Center, to recognize the significance of and express gratitude to the mothers and women of Srebrenica, as well as to all of the women who fight for truth and justice.

The Post-Conflict Research Center, the Movement of Mothers of Srebrenica and Žepa Enclaves and the Srebrenica Memorial Center invited organizations and individuals from Bosnia and Herzegovina, the Balkan region, Europe and the world to send scarves and shawls. Some scarves hold strong sentimental value to their owners because they were worn by family members or on special occasions. They also sent messages in which they emphasize the value of fighting for the truth, as well as the necessity of allyship with the Srebrenica heroines.

Women– mothers and daughters– donated more than 3,000 scarves and shawls, which the Post-Conflict Research Center’s fourteen summer interns, who come from prestigious universities all over the world, sorted, photographed and catalogued by material, color and pattern.

The results of these efforts became apparent once the scarves were brought from Sarajevo to Srebrenica. There, with the help of participants from the Srebrenica Youth School (SYS), a week-long initiative created by the PCRC, the organization’s staff and interns hung hundreds of scarves on wires outside of the Memorial Center. The scarves were tied to one another in rows organized by colour, with the knots between them symbolizing togetherness and solidarity between women worldwide.

Ena Rizvić, one of the PCRC interns, highlighted that this was the most meaningful part of participating in the project, as „seeing youth from all over the world working together to create this important installation was really inspiring“ to her.

On July 10th, the day of the “Srebrenica Heroines” international conference, participants, panelists, numerous journalists and television crews, as well as members of the general public walked through the fluttering scarves to enter the Memorial Room of the Srebrenica Memorial Center – the main site of the conference. All of the delegations that attended the July 11th commemoration, as well as others that attended the burial of the remains of 50 people killed in the genocide, passed between the scarves and shawls of the “Mother’s Scarf” installation.

Kajsa Ollongren, the Dutch Minister of Defense, showed solidarity to mothers of Srebrenica by donating a scarf herself.

,,It is important,“ Sejfić said, ,,to use creative multimedia to generate interest among the general public, to reshape established narratives, to propel dialogue, and to elevate underrepresented voices.“

Sejfić concluded that she hoped for the installation to ,,inspire hope, intercultural understanding, and cooperation among people living in post-conflict and divided societies.“

The UN Special Adviser for the Prevention of Genocide emphasized that memory is key in preventing the atrocities of July 1995 from happening again. ,,The commitment not to forget constitutes a commitment to prevent,“ said Nderitu to an audience in the former Dutch Battalion base in Potočari.

She emphasized that this commitment to prevent is all the more necessary in light of recent genocide denial, glorification of war criminals, and hate speech in the region. A pattern which, according to Nderitu, ,,divides people, communities, and states.“

While these trends are a pressing issue, it is a source of comfort to know that the Mothers of Srebrenica, along with countless other activists in the region, remain insatiable in their pursuit of justice. They have persisted in their goals despite such upsetting trends and a general lack of acknowledgement for their work.

As Sejfić said, they ,,have demonstrated, in word and deed, their commitment to accountability.“ It is thus of the utmost importance that the Mothers of Srebrenica continue to receive the recognition and support that they deserve.

The “Mother’s scarf” installation remained on display outside of the Center throughout the conference and until the end of  the events commemorating Srebrenica Memorial Day on July 11th. Its journey does not end there, however. The “Mother’s Scarf” installation will become a nomadic monument that will travel to different cities around the world. In this way, “Mother’s Scarf” will continue to serve as an accessible and striking way of highlighting the often unrecognized, but important role of the Mothers of Srebrenica, both during the conflict, and in peacebuilding throughout the decades that have followed. 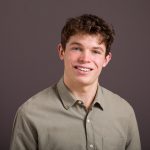 Jonathan is an undergraduate student pursuing a double specialist in Human Geography and Peace, Conflict and Justice at the University of Toronto. He is passionate about issues of migration and forced displacement, an interest that began while he studied at the United World College in Mostar, BiH. Jonathan’s engagement with the Post-Conflict Research Center is motivated by a desire to better understand Bosnia and Herzegovina’s complex sociopolitical climate in a way that builds on knowledge he has acquired in Mostar and at UofT. He also hopes to apply skills that he has developed so far as a researcher for the Reach Alliance, a multi-university initiative that seeks to better understand how governments and organizations can bolster access to the UN Sustainable Development Goals by hard-to-reach populations.

The Fortress of Doboj: the Crown of the City

The old town of Doboj is located in northern Bosnia, in an area with wide geographical foothills. The significant geostrategic position around the mouths of the rivers Usora and Spreča was a decisive factor in the formation of the fortress from which today’s Doboj developed. In 2005, the Commission for Protection of National Monuments of …
November 10th, 2020